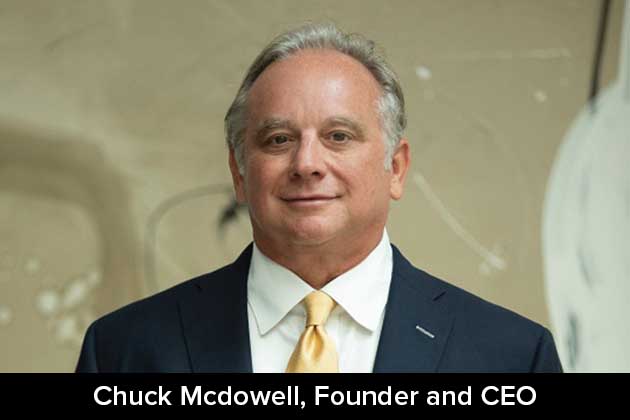 Chuck McDowell is the founder and CEO of Wesley Financial Group, (WFG) which specializes in complete timeshare termination for individuals and families that have experienced fraud, misrepresentation, and/or lies during their timeshare sales purchases. After the unexpected death of his wife, he started selling timeshares. He saw how top salespeople used lies and deceit to close deals. Once he became the top salesperson, he quit. He couldn’t live with himself know- ing he was lying to make a living. To right his wrongs, he called former customers and told them how to get out of their timeshare agreements. Fast forward a year later and someone called him to say their friend was able to get out of their timeshare by following Chuck’s advice. They wanted Chuck’s help with their own time-share situation. That encounter led to the start of Wesley Financial Group, LLC.

Over the years, WFG has become a leading expert in time-share cancellation due to its dedication to providing legitimate aid to those who feel stuck in their timeshare. Since its founding in 2011, the company has canceled over 16,000 timeshares, resulting in the relief of over $265 million in time-share debt.

Wesley Financial Group has been recognized as one of the Top 10 Trustworthy Companies of the year for 2021. WFG wasn’t an overnight success and it isn’t easy to prove to be trustworthy. Trust is an integral part of business relationships, but it holds even more weight in the timeshare cancellation industry. Clients looking to cancel their timeshares are skeptical after experiencing so much deception from timeshare salespeople. These timeshare victims have already been lied to by timeshare companies and are wary of getting themselves entangled in another scam that will take more of their money.

Wesley Financial Group only works to cancel timeshares; they do not sell or rent your time-share for you and strive to fully end your financial obligations with your timeshare for good. Before the process of cancellation begins, WFG focuses on educating and building trust with the clients. When a customer first enters its system, they will receive a 40+ page magazine telling them the ins and outs of the company with real employee names and pictures, making sure the customer knows the people they’re working with.

WFG also slows down the sales process and makes sure every potential customer fully understands the offering of the company before signing the contract. They have a very short contract of services, written in layman’s terms, which differentiates them from their competitors who make people sign page after page of binding agreements riddled with legal jargon.

The story of Alan and Jackie G, who purchased their timeshare for them and their three teenage sons is a prime example of WFG’s dedication. Timeshare sales people took advantage of this vulnerable couple. They failed to mention maintenance costs. Alan and Jackie put a down payment on their timeshare with the expectation that the only financial burden would be the mortgage. The couple reached out to WFG after owning their timeshare for over five years while only being able to use their property once. They were gravely misled by the conniving time-share industry. WFG worked closely with this couple during the cancellation process and is happy to announce that they are now time-share-free and even recovered over $3,000 in as a refund for the couple’s maintenance fees.

WFG has become a leading expert in timeshare cancellation due to their dedication to providing legitimate aid to those who feel stuck in their timeshare.

Not only does Wesley Financial Group do right by its clients, but they have also worked to build a strong company culture for their employees. Chuck founded Wesley Financial Group with the intent to create a culture of inclusivity with opportunities for everyone. Women comprise 60% of WFG’s workforce and fill more than half of its leadership positions.

The company’s philosophy of valuing its employees has paid off. During the past four years, the company has grown from 20 employees to 270 with offices in Franklin, TN, and Las Vegas, NV. The company has been recognized in the past year by local, national, and international accreditation groups. Their website has almost 100 video reviews and over 2,000 5-star reviews from clients. With so many reviews, it’s easy to see just how dedicated WFG is to all of its clients.

5 Best Times to Give Gifts to Your Employees

The Role of Robotic Automation in Financial Services