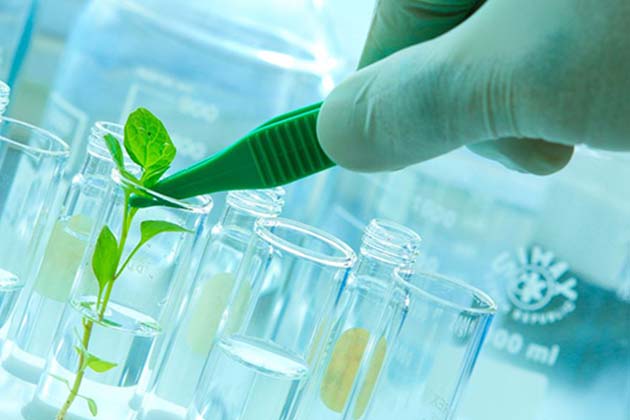 More than 230 biotechnology drugs and vaccines have helped hundreds of millions of people worldwide since 1982. In clinical trials targeting more than 200 diseases, there are probably more than 400 biotech drug products and vaccines currently which include various cancers, Alzheimer’s disease, heart diseases, diabetes, multiple sclerosis, AIDS and arthritis.

Hundreds of medical diagnostic tests that keep the blood supply safe from the AIDS virus and also detection of other conditions early enough to be treated successfully depends upon biotechnology, not only that, biotechnology is considered to be one of the most research-intensive industries globally that spend $20.4 billion on research and development in 2005.

The improvements in the sector of health care that we witness for us and for our families are just a tiny sample of the advantage and benefits biotechnology has brought and it will continue doing it in the future too. The FDA’s approval includes medications for dangerous disease as cancer, psoriasis, lupus, stroke, HIV, diabetes, hepatitis other rare genetic diseases and new products in advanced testing.

Including the health of the family pet, biotechnology is helping to keep all members of the family healthy. Better treatments of diseases including anti-inflammatory drugs to treat arthritis or musculoskeletal pain in animals are provided by new veterinary biopharmaceuticals, there are other products too, which removes internal parasites of animal, during the administration of anaesthesia antibiotics are used to treat bacterial infections and sedatives are used to calm the animals.

The biggest impact of biotechnology can be noticed in places that are never noticed sometimes. From the intake of coffee to vitamin C and vitamin B2, the use of biotech in these daily used products by us often goes unnoticed. The bread, the corn flakes, beer or in making flavours like vanilla, everything has a touch of biotech in its making and manufacturing. From soybeans, corn and cotton seeds to more than 70 per cent of the processed foods purchased in the supermarket, there is a contain ingredients that improves through biotechnology. Improving farmers’ quality of life also saves their time.

As we can see obesity rates climbing to epidemic levels, in the creation of a new gene for healthier oils from soybeans canola and sunflower, biotechnology is giving its best contribution. These oils can help in the prevention of raised cholesterol and also contribute to diseases related to the heart. There are certain biotechnological products that improve nutritional content, through a product called golden rice, which has a good amount of vitamin A and provides vitamin A to millions of people in developing countries who suffer the deficiency of this vitamin which is important for eyesight and also helps in the prevention of anaemia, this is just one example take from various biotechnological processed food products.

The biotech also has been seen removing the allergen from the food in some cases, it has been found that an estimated 5.4- 7millions Americans are allergic to some foods like peanuts, shellfish, milk, and eggs. This allergic food for children leads to anaphylactic shock, and about 125 death each year has been seen caused by it in the United States. Therefore, biotechnology scientist is trying their best possible way of isolation the specific proteins that trigger this allergic reaction and modify the food so that it can be taken by the people who are allergic to it without having the health risk.

Biotechnology will definitely bring you better health and treatments for disease tomorrow, by using agriculture A+ manufacturing products that are ultimately sustainable. Scientists are developing plants that produce medicines right now.  They are the green drug factories, which will produce all types of medical products for us and our family’s needs.

For life-saving biotech drugs, today researchers are working with plants such as rice and tobacco to produce proteins. Over the past 50 years, these advantages and benefits are just a small sampling of examples of the immense improvements that biotechnology has brought. The work of imagining even more solutions is still going on globally by the scientists around, for the difficult world in which we all reside.