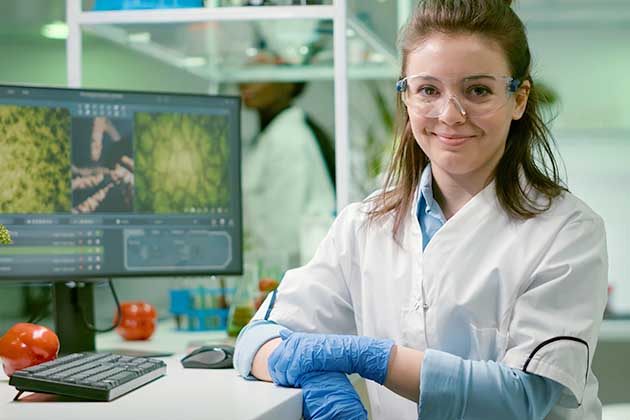 A new era is beginning. In the 21st century, one of the greatest challenges is feeding the world. Without biotechnology and the use of scientific rise, it will not be possible to overthrow this challenge. Biotechnology influences the healthcare industry in different ways. Trends in biotechnology change the features of the medical field. Be it the production of genetically improved treatments for diseases, the upgrade of immunity against diseases, biotechnology has become a significant part of the medical world and has proved to be a boon for medical science in several ways.

The helpfulness of microorganisms has proved to be a boon in the agricultural, pharmaceutical and food processing industries. With time, the necessity for highly qualified and significantly skilled biotechnology researchers has increased as the global economy is reaching new heights. It has not only helped to modify the agricultural crops for increasing their nutritional stance but has also increased their yields. So even for the farmers, the field of biotechnology has proved to be a boon. In order to decrease the utilization of insecticides, the use of genetically modified insecticidal plants has shown significant essential effects. With the decrease in the use of insecticides, their harmful effects on the crops will also decrease. Biotechnology holds an eloquent value in the treatment of numerous diseases. The techniques of biotechnology are involved from growing the antibiotic-producing microbes in fermentation broth to finally obtaining a pure antibiotic product in pharmaceutical industries. Furthermore, with the use of modern biotechnology, there can be an enhancement in the advanced treatment methods for numerous diseases. Biotechnology plays an important role in the healthcare system. Biotechnology is used significantly in the production of various medicines and vaccines for the treatment of different diseases. This field is also involved in various other medical processes which have significant roles in the healthcare system. Some of the most important sectors of biotechnology in the field of healthcare are described below: Biopharmaceutical A field in which biotechnology is used for the making of drugs for medical purposes.

The formulation and composition of these drugs are usually done with the life forms that are taken from the different microorganisms. Since the efficiency and serviceability of these drugs are much more compared to the existing ones, thereby these drugs have replaced the existing drugs. Also, in biopharmaceutical drugs, no synthetic products or chemicals are used. Only microorganisms are used for making these drugs. They work in such a way that they specifically target the unexplored mechanism of a disease and enhance the immune system of the body with no side effects. Now, scientists are workings on the cure for cancer, hepatitis and other diseases like heart-related problems with the help of biopharmaceutical products. Pharmaco-Genomics A field that is the combination of two different fields, i.e., genomics and pharmaceuticals. This field helps in studying the genetic information of an individual which further helps in understanding the response of the body to the given drugs.

The main aim of this field is the generation of such drugs which are specific for an individual in accordance with his/her genetic make-up. With this process, the chances of curing any disease increase thereby decreasing the processing time of the drugs which is of significant help for humans. Gene Therapy A technique of biotechnology that is utilized for the diagnosis of diseases such as Parkinson’s, Cancer, etc. The instrument utilized in this field helps in replacing or curing the infected of unhealthy genes of the individuals. Genetic Testing/Screening A process of biotechnology that is employed and used for finding out the hereditary diseases of an individual, i.e., a disease in which an individual attains the genes of their ancestors or parents. In addition, this process is also used significantly in legal proceedings such as finding out the parents of an individual or testifying to a criminal, etc. With all the above points, one can surely say that Biotechnology has a bright future and these highly qualified medical biotechnologists will be needed to secure the healthy future of mankind as well as nature.