Home Micro Blog The Influence of VR in the Travel Industry 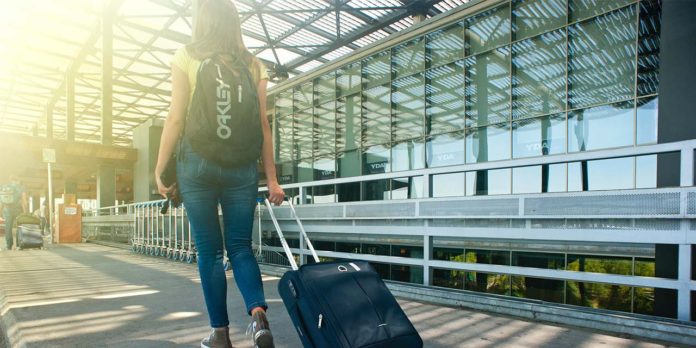 In recent years, virtual reality technology has taken the world by storm, with VR headsets becoming a popular commodity. The gaming industry has mostly driven home adoption, and many other fields are also exploring VR. The travel industry is also increasingly realizing and exploring technology’s potential, especially as a marketing tool. In this article, we will learn about the role of VR in the travel industry.

A VR headset usually requires virtual reality technology, which helps to immerse a user in the digital world. The user is effectively put inside a virtual environment using pictures, sounds, and other physical sensations. It is then passed around and, in some cases, communicate with in other ways. Although VR has a long history, thanks to high-powered VR headsets, VR has recently come to the forefront of mainstream consumer technology. The features include gaming, immersive video watching, 360-degree image streaming, and more. While many VR applications concentrate on entertainment, technology is also used by advertisers in several exciting ways.

What is the role of VR in the travel industry?

VR refers to immersive images or videos that allow the viewer to experience the entirety of a scene at 360 degrees. Every part of a place is captured by VR output, unlike a standard video clip taken from a fixed point of view. VR can be used in the travel industry to capture tourist attractions in a creative and immersive manner. It is achieved by using specialized sensors, rigs, and software. The completed content can then be displayed by using a VR headset or a standard computer or mobile device.

Many people believe that it is only possible to display VR content on a specialized VR headset, but this is not the case. While when viewed in this way, VR is more immersive, it can also be viewed on any screen, including mobiles. Businesses operating in the travel industry have, for a good reason, been incredibly quick to embrace VR technology. Before they book a hotel room, travel clients typically need a lot of details. For example, this can require them to read descriptions, read reviews of customers, or seek social media feedback. However, VR can lower this duration of the process if used smartly.

Applications of VR in the travel industry

Within the travel industry, the use of VR technology is still in its relative infancy. But an increasing number of businesses are experimenting with and finding successful uses for VR headsets. Listed below are some of the critical applications discovered to date inside hospitality companies.

Future uses of VR in the travel industry

With Virtual Reality, people can enter locations they might not visit in real life using their iPhone or Android phone. The locations may be a sealed-off heritage site or environments with environmental fragility where no one is allowed anymore. In these scenarios, for defensive purposes, VR apps may be the only way. Disabled individuals and senior individuals can also use VR travel. As their disabilities do not allow them to go sightseeing on their own, the sights are brought to them through the glasses.

4 Ways to Protect Your Business From IP Lawsuits