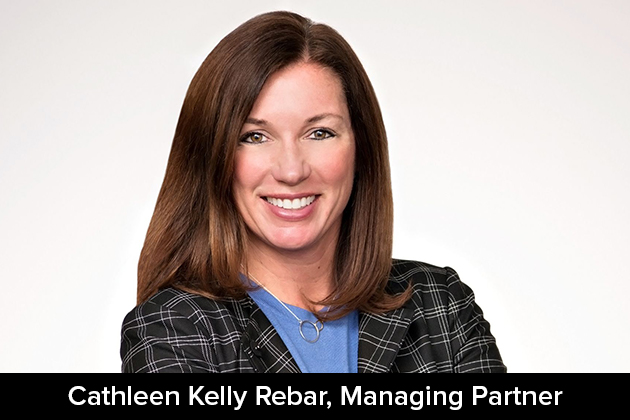 Our world is comprised of individuals with different cultures and behaviours. Not many people out there make up the top tier of strong willed people in the world. They are easily swayed by the small sight or sniff of power and money. While many have been dreaming of a society where everyone lives by peace and harmony, the world that we live in now has been the exact opposite of it.

Our world has been a heterogeneous mixture of people with a variety of thinking, way of living, expressions, and everything else. In such conditions, it becomes very much easy for an individual or a group of people to disturb the balance in society. This is where law helps to keep the morality of the individuals as well as the society as a whole. Rebar Kelly LLC is one such organization that has been helping both individuals and institutions to fight a legal battle with all the provisions that are provided in law.

Established in 2012, Rebar Kelly was formed upon the principle that, long-term relationships flow naturally from recognizing that their clients are their true partners. They understand that problems come in all shapes and sizes. Their lawyers have tried hundreds of cases to successful verdicts, and have served as lead counsel in some of the insurance industry’s most high-profile cases.

Inception of the organization

Speaking to CEOViews about the inception of the organization Cathleen Kelly Rebar, Managing Partner at the organization recalls after graduating from Villanova University School of Law, Rebar served with two highly regarded local and state agencies as a prosecutor. She started her career as an Assistant District Attorney in Delaware County, Pennsylvania. Later, she served as a Deputy Attorney General before transitioning into private practice in 2001. She found this early stage of her legal career most fulfilling because it enabled her to help the community at large. She was a shareholder and partner in two respected litigation firms before founding her own firm.

Founding her insurance defence and insurance coverage-based law firm in 2012 was the defining moment of Cathleen’s career. Over the past nine years, the firm has seen much success and evolution. She has been an elected judge in Montgomery County, PA, for over ten years, and it is one of the most rewarding things she has ever done. Cathleen is grateful to people who came before her in court and have helped shape her worldview and put things into perspective for her. As a local elected official, Cathleen has stayed very close to the needs and challenges of her community, and she is driven to try to improve things in any way she can.

Strategic selection of the office locations

It was very recently that Rebar Kelly LLC was recognised as one of the 50 best companies of the year in 2021. In response to the same, Cathleen Rebar said- the firm believes that you must keep growing and moving to survive. Everyone at the firm is focused on the future and how to do things better. In 2018, Rebar Kelly undertook a massive renovation of their Blue Bell, PA main office. Changes including a completely rewired office suite with modern recessed lighting and fresh color schemes, a brand new server room with top of the line wifi, a new VOIP system, and all new copier and mail facilities joined Appearance creature comforts like open ceilings, spacious hallways, gathering areas, a high tech breakroom and kitchen, and a completely redesigned lobby. The firm has grown to 4 locations, with the main office in Blue Bell, PA, and offices in New York, NY, Princeton, NJ Columbus, OH and Stanford, CT. Office locations have long been chosen with convenience in mind. The Blue Bell office, for example, is minutes from Philadelphia and several major highways that connect it with the other offices. It is also situated close to the second-largest mall in the country, King of Prussia Mall, as well as several dining, entertainment and shopping hubs in Skippack, Ambler, and Chestnut Hill. Rebar Kelly organizes events throughout the year to unite remote staff and usher harmony.

Adjusting to the changes brought during the pandemic

Speaking about how the firm has been adjusting to the technological changes and the challenges that they had to face during this transition Cathleen mentions that- working remotely was also a challenge for many – but Rebar Kelly’s transition to remote work went almost seamlessly. They credit that in part to their pro-active planning for the worst-case scenarios and the firm’s partnership with their IT company, Christo IT, who have gone above and beyond to facilitate the transition to remote work.

FOUNDING HER INSURANCE DEFENCE AND INSURANCE COVERAGE-BASED LAW FIRM IN 2012 WAS THE DEFINING MOMENT OF CATHLEEN’S CAREER.

The COVID-19 pandemic has tested many companies, but with a strong network of relationships among staff, Rebar Kelly has excelled. The firm has never lost sight of the need to foster strong bonds among staff, and Zoom meetings with a focus on fun have become the new normal. Whether playing Kahoot quiz games or having a remote “wacky shirt” party, the team is still finding ways to come together and laugh. There is no wonder people are missing much of the in-person contact that was the norm before 2020. But Cathleen is uncertain that things will ever fully return to those norms and this new world will be a hybrid of the two. “In some ways, certain things have become easier and more streamlined. But we have lost a lot of the human contact that I think sometimes helped set certain people and businesses apart. I look forward to a return to that personal connection,” she mentioned.

Adding a final note to this conversation Cathleen advised the women leaders of tomorrow saying- they must stay true to themselves and their vision. They must seek to be a leader and not a follower. Women leaders should know that nothing comes easy that is worth fighting for. They should not let others put them down or seek to steal their thunder and never compare themselves to others. Cathleen also emphasizes, “Do the best that you can do, and never give up. You have to take risks, and not all of them will work out in your favour, but each risk comes with lessons to apply to the next situation. This is an unprecedented time to be a woman leader, and they will be the trailblazers for the next generation.”

It is such a humbling and inspiring movement and Cathleen is honoured to be a part of it. She makes no apologies for who she is: a smart, bold, and confident leader. She hopes other women follow her example.

ATFX: IN A MISSION TO LEAD THE GLOBAL FOREX INDUSTRY