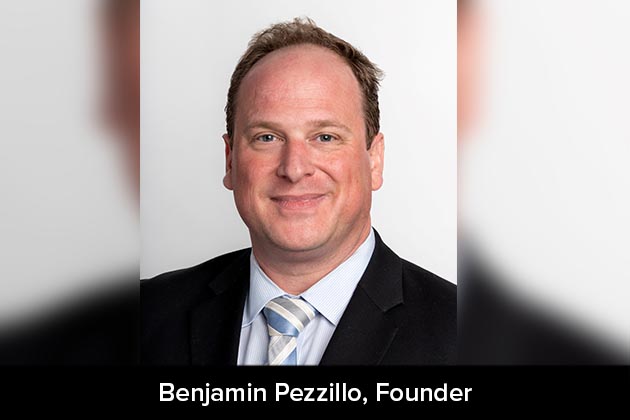 The real estate business has been in practice for years now and is one of the globally recognized industries. Known to be the lucrative and capital-intensive space, this has attracted many players and evolved over years. However, unlike all other businesses people really haven’t brought technology to play in this industry. Most of the industry practitioners have been working on the age-old practices, deal flow from their network of brokers and agents.

To change this practice and envision a better future, Pactriglo was established which now brings tech to the play in real estate. Instead of taking decisions just based on the inputs from agents, one can now rely on the big data to generate hyper-accurate information on the existing lots that enable the project to move quickly.

CEO Views team was with Benjamin Pezzillo, Founder of Pactriglo Inc., to have insights on the business and to know more of him as a leader.

The time it all started

Benjamin Pezzillo had returned to Los Angeles from a trip through China in 2015. He had never experienced megacities like Beijing and Shanghai before that trip. When his plane entered the landing pattern for LAX, he looked out the window at the urban landscape and sprawl below. It was a view that he would see hundreds of times before, but for the first time, Los Angeles looked small. It was then that he realized the future of Los Angeles was necessarily urban infill, that is denser and taller development. He knew from a background in Los Angeles City Hall that there was no system in their bureaucracy that measured the utilization of existing zoning, so he decided to build one. Taking it forward began with trying to tackle the ocean.

Eventually, he increased his knowledge and learned what the real estate industry needed with respect to hyperlocal data that helped avoid conditions triggering bureaucratic review or processes that delayed the ground breaking of new dwelling units.

Journey to the success

When Benjamin started working on this, he didn’t have any prior experience. He had to face many hurdles as he didn’t have any contacts in the industry and was very new. But he knew where the bureaucratic bottleneck was in real estate development. And he was familiar with how to look for the criteria to avoid in site searches and acquisitions. Gradually he got the industry’s attention, start- ed learning new things from the people he met and adapted services they’d pay for – “kind of like building a plane while also flying it. But that’s entrepreneurship”, Benjamin says.

When asked about how he gets this tenacity to deliver results consistently, Benjamin replied saying, “The tenacity comes from necessity and the belief in the vision of providing information that saves time, energy, and effort while providing a competitive advantage to decisions involving substantial investments”.

The real estate industry wasn’t quick to adopt technological solutions. Now the trend has changed. The biggest trend is the potential for the application of predictive analytics (i.e. artificial intelligence) in finding the next spot to make money before the competition does. Speaking more on the technology trends, Benjamin Pezzillo says, “For us, it means understanding the data that’s relevant, and irrelevant when building models that predict future values”. Also, he says he is not going to reveal tradecraft, but they are well-positioned because of their knowledge and use of geospatial information and GPU-based computing.

Innovation is often born out of necessity in solving unique problems. When they realized that one way to find larger pieces of land for development was by knowing where the same owner had ownership of contiguous pieces of property, they dove into finding a solution. Also, as they realized that there are sometimes municipal lots that pre-date county tax parcels, offering the ability for one tax parcel to have one home on each lot, they dove into finding a solution.

Their small size allows them to pivot on a dime. It took a while to realize that there was more opportunity for this company in custom solutions than there was in trying to perfect a subscription-based information system. As a result, they have got years of experience under their belt where they have learned what’s not being provided by others and what the industry is willing to pay well to obtain as a result.

Speaking about the work culture at Pactriglo Inc., Benjamin said, “My motto is that I want to see our work help our clients succeed. If we’re not doing that then we are not providing value. As a result, we sink into our projects and do deep dives into the subject matter. Do we run into dead ends? Sure. But that also means we know what’s not relevant. The landscape is cluttered with information. We find the right mix, the right spectrum as it were. That might be seen as a waste of time by some, but that’s okay. After all, our goal is to do work that results in time efficiencies for our clients. In some respects, it means being something of a crash test dummy to find the right solution for the problem without our clients ever suffering that burden.”

Answering about where they are trying to offer their service now, Benjamin said, “It can be done anywhere”. The availability of data allows them to do what they do. In terms of office locations? That’s not something that he thought about. Right now most of their clients are in Southern California and they like being able to meet with them in person whenever possible.

FX in 2022 – Is Trade Automation a Risky Affair for the Market?