Home Micro Blog What You Need to Know About Fermentation Development 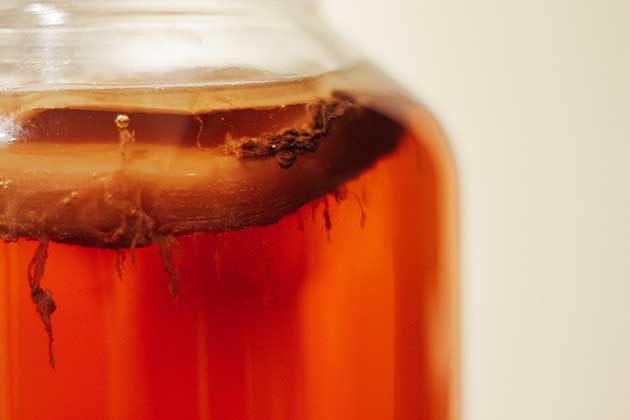 Fermentation is the process of converting sugars in food to alcohol or organic acids using yeast, bacteria, or a combination thereof. The chemical reaction that takes place during fermentation often creates an acidic environment. This acidity in turn affects the flavor and texture of the food being fermented.

Fermentation is a process that converts carbohydrates, such as sugars from raw materials, into alcohols and carbon dioxide or organic acids during the production of beer, wine, and other alcoholic drinks through yeast. In this process, glucose is transformed into two primary products: ethanol and carbon dioxide (CO). The reaction is as follows:

In the first step of the reaction, yeast turns sugar into ethanol and CO. In the second step, they turn those products into energy to live through a process called cellular respiration. During bio fermentation, yeast cells convert one molecule of glucose into two molecules of ethanol and two of carbon dioxide. Fermentation is a form of anaerobic respiration that consumes sugar without the need for oxygen as an electron acceptor.

The time required for fermentation development depends heavily on the specifics of each project because there are so many different factors involved. The key is to ensure that the yeast cell count is sufficient and healthy and to monitor whether or not other bacteria may be present because they can cause infection in the product. When dealing with production on a large scale, it’s critical for fermentation development to always meet demand and provide strong yields because any downtime will severely affect profits.

In a process called glycolysis, the glucose molecule is broken down to form two pyruvate molecules. The first step of alcoholic fermentation is converting those pyruvate molecules into acetaldehyde and CO by using NAD as an electron acceptor. In the second step, yeast uses its alcohol dehydrogenase enzyme to convert the acetaldehyde into ethanol and NADH, which is an electron carrier.

Alcohol fermentation occurs in the cytosol of a yeast cell. It requires oxygen to produce energy and build new cells and produces heat. That means when fermentation takes place at certain temperatures it can cause the surrounding air or liquid to heat up.

Yeast cells begin to die as soon as the ethanol concentration reaches about 15%. A low pH—between 3 and 4—and high concentrations of alcohol can also harm yeast cells. On top of that, if fermentations run too quickly and sugar concentrations fall below a critical threshold, yeast will not be able to produce new enzymes fast enough to digest the remaining sugar, resulting in stuck fermentation.

Lactic fermentation is the conversion of pyruvate into lactate by microorganisms through lactic acid fermentation. There are several types of lactic acid, but only L-lactic acid, which has a chiral center at the carbon atom adjacent to the carboxyl group, is produced by animals for metabolism.

This cycle of converting pyruvate to lactate and back again ensures that no net lactic acid will build up, but rather, only lactate will be produced. Lactic fermentation occurs in the cytoplasm of a yeast cell. It does not require oxygen or produce heat, but it reduces pH.

Some of the most common fermentative microbes are members of the genus Saccharomyces of yeasts, which can produce alcoholic fermentation. Other genera that produce lactic acid include Lactobacillus and Leuconostoc for homolactic fermentation and Streptococcus for heterotactic fermentation.

The most often used bacterial genus in fermentation, particularly in the production of cheese, yogurt, sauerkraut, pickles is Lactobacillus. This is a group of bacteria that digest sugars producing lactic acid as the main byproduct.

Leuconostoc spp. are responsible for fermentation in sauerkraut and pickles, which typically develop over a period of weeks or months at an ambient temperature between 15°C and 25°C (60°F to 77°F). Lactobacillus is also used for this type of fermentation, but it’s typically used in conjunction with Leuconostoc, which ferments sugars more slowly than Lactobacillus. 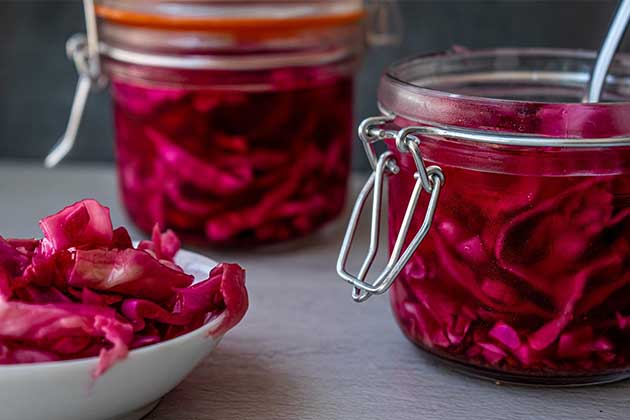 For sausages and salami, Lactobacillus is used alone to ferment the meat at ambient temperature for several days or weeks.

There are many benefits to using fermentation in food production. Lactic acid, which provides a tangy taste in pickles and sauerkraut, has antimicrobial properties that prevent spoilage by other microbes. Many types of bacteria also produce enzymes during fermentation that break down proteins and starches into more digestible components.

In order to expand on the traditional methods of food production, microbes are also used to produce fats and proteins. Some examples include cheddar cheese, which is produced by fermenting fresh curd with Lactobacillus mold and calf rennet (an enzyme that coagulates the milk in order to separate it into solid curds), and soy sauce or miso, which are produced by fermenting boiled soybeans with Aspergillus mold.

Fermentation is a natural process that can be used to create many types of food and drink. In this article, we’ve covered what you need to know about fermentation matters. We hope you learned something new about the importance of fermentation from our blog post.

gotomyerp: Elevating businesses into the Cloud