Home Micro Blog What is Automation Testing and Why is it Important to Your Development... 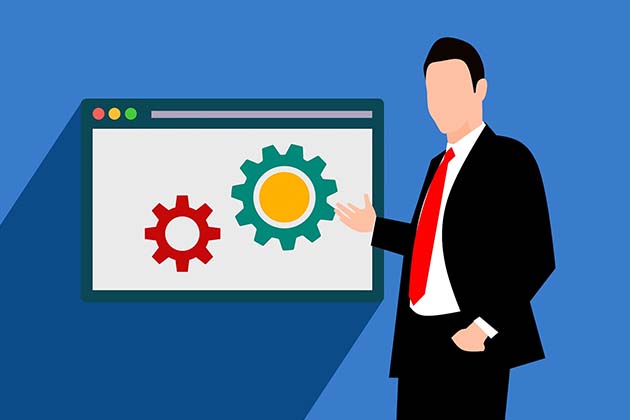 This has made it necessary for businesses to observe the desired qualities of enterprise software development and make sure that they build competitive applications within a short period of time while at the same time ensuring that the software applications meet all their requirements.

They do this through the process of software testing. This is the process through which developers check for the functionality, security, performance, and reliability of their software applications.

What is Automation Testing?

Automation testing is the process of using technology and testing tools to check whether software applications do what they are supposed to do. Initially, testers manually tested their applications for bugs, something that consumed a lot of time and resources.

However, with modern technology, organizations are continually adopting the use of automated platforms such as TestProject’s platform that provide them with all the tools that they need to run test scripts and fully automate their software testing processes.

That notwithstanding, some development teams are still employing the use of manual testing and missing a lot of benefits. It is important to adopt automated testing in your development cycle because;

It Reduces the Cost of Testing

Automation testing makes it possible for businesses to save finances since they use much fewer resources when testing their applications.

Research has shown that by automating their software tests, businesses are able to reduce test expenses by more than $60 every hour.

Even though the initial installation and implementation costs of automated testing can be high, it gets cheaper than manual testing in the long run.

It is Fast When Testing on Different Browsers

The use of testing platforms such as the ones provided by TestProject allows businesses to reduce the effort and time taken when testing their applications. They do this by making it possible to run test cases on different browsers simultaneously.

This is not possible when using manual testing. Here, testers are forced to manually run each test on its own, on each of the browsers that they need to see the performance of their application on.

It Generates Accurate and Easy to Understand Reports

Test automation ensures that accurate reports are generated for testers. This allows them (the testers) to see all the scripts that have been run, anything that other testers have worked on, the bugs identified and the ones that have been rectified, as well as all the tests that have already been run.

This means that automated testing allows businesses to get all the information that they need concerning the testing of their applications without any struggle. This also helps when setting their testing strategies.

It Has a Reliable Test Coverage

Manual testing limits one when it comes to verifying the tests that they can run. On the other hand, testers can write new test scripts and add them to the existing test suite without any problem in automated testing.

It Allows the Reusability of Tests

Finally, automated tests have a huge impact on the time taken by businesses when building software applications.

This is because they allow testers to effectively test each of the application’s features as they are being developed. In addition, they eliminate any chances of human error, making sure that businesses can deliver quality software applications.

6 Ways to Handle Emergency Situations Every Arizonian Needs to Know

5 Best Times to Give Gifts to Your Employees