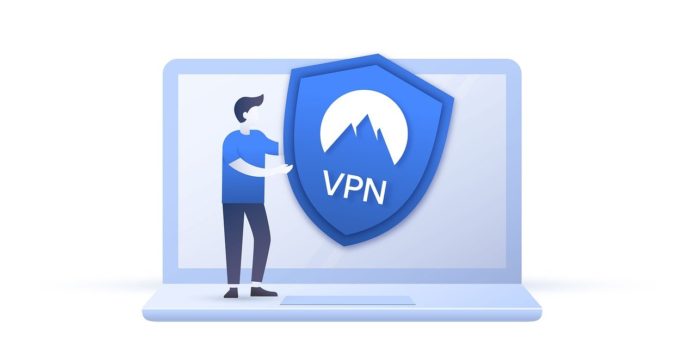 A virtual private network (VPN) is a tool which enables remote access to the internet by any internet user. VPNs help protect your privacy online, access limited websites, and prevent the throttling of bandwidth. There are a lot of Popular VPN Myths when searching the internet. So here is a list of popular myths about VPNs that go around.

Anonymity refers to not being named or known by a person. You should know that you are not anonymous while you are browsing the internet, even though you are using a privacy tool or VPN. That one provider has at least some data used to identify its customers. This information cannot be in use explicitly to disclose the user. But to reveal a person, it can be in connection with other information. It doesn’t make you anonymous using a VPN, but it improves your online protection and privacy. A VPN is the same thing in basic terms as your house curtains. Within your house, they conceal stuff happening, but the address of the house is public. So, your privacy is improved by a VPN.

You might find that dealing with a VPN is overwhelming. Especially if there’s nothing, you know about it like what it stands for how it works, etc. But it isn’t complicated, in the real sense, to use a VPN. Most VPNs today come with intuitive software that will take care of it all. To turn it on, you just need to click on a button. Some will even connect you to an accessible server automatically.

So is it legal to use a VPN? Ok, what you need to remember is that the act of using a VPN is not illegal. The truth is that VPNs were initially designed to ensure that companies could, and still use, safely transfer sensitive data. Personal VPNs have recently gained prominence, but for decades, collective VPNs have been around. A criminal may use any technology to do illegal things, but one is safe as long as you are doing legal matters.

It is a myth very prevalent among non-users of VPNs. It is not entirely true, but it can happen, and modern development in tunneling protocols has improved the speed of the connection. You should know that your internet provider decides your link speed. So the VPN can work better when your connection speed is higher. The location is another thing that decides the speed. Note that VPNs link you to a server remotely. So the speed of the link will depend on the location of the server you are using the slower the connection is. When you use a VPN provider that has several servers located around the world, you might experience this issue. You should not trust these myths when you consider having a VPN. And as long as your intention to use a VPN is legitimate, you shouldn’t be bothered by stuff like using a legitimate VPN. Ensuring that you protect yourself online is the most important thing you can do.

A VPN can slow down internet speed, but it’s not a norm. It gets encrypted as traffic passes via a VPN server, then decrypted, which is why users appear to find slower link rates. However, when they are in connection to servers located on the other side of the world, VPN users mostly run into this problem. The closer the servers are, the stronger the connection is. A VPN can also increase your communication speed. How? While, streaming Netflix, and doing something online that needs high bandwidth, Internet users often experience ISP throttling. To save their network power, ISPs are doing this. However, as users have already paid for the internet and its speed, it is not unreasonable. This is where, by masking your actions from your ISP, a VPN makes your Internet connection easier.

When trying to sort this saturated market out, it’s easy to get lost. The ability to hide your IP address and make your browsing private is the leading VPN feature. It’s the main selling point, which is why most VPNs seem to do the same. Not all VPNs, however, provide the same encryption standard, or thousands of server locations. Some VPNs allow five simultaneous connections, and some do not restrict the number, such as Surfshark, for instance. Several features differentiate various providers of VPNs. There are ad and malware blocking features in new up-to-date VPNs. These are the ways to connect to two servers at the same time, whitelisting features, and so on. Be sure to explore all their features before choosing your VPN provider.

How Big Data is Transfiguring the Banking and Finance Industry?

The Pros and Cons of Working in the Biotech Industry

3 Ways to Grow Your Company Culture While Working Remotely