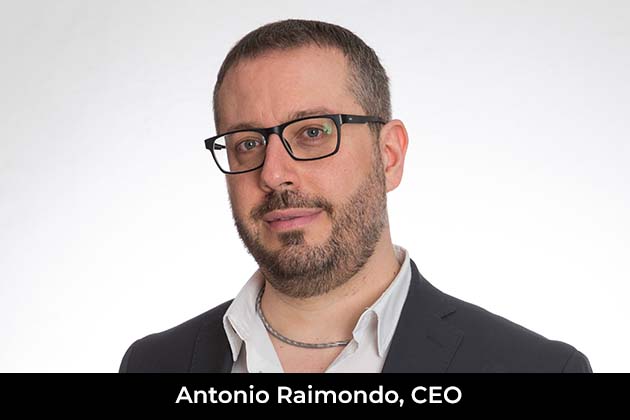 Easyray started as an independent group linked by study and a passion for technology. In its twenty years of progress, Easyray has put together a dedicated team of designers and developers who are creative and skilled and perfectly capable of helping clients achieve success in their goals. Working with the organization means getting direct access for instant input to a team of driven professionals and always being in line with the development. After years of in-depth study in collaboration with the best universities, the team has become a solid group of individuals trained at the highest level with technical skills.

Easyray research all the latest developments and technologies, which keeps them at the forefront of business, and the organization always respects the deadline. By working closely with the clients, the organization focuses on their needs to ensure a successful partnership. “Easyray is a company that shines above the competitors while working with those based outside of Italy. Employing English-speaking IT technicians to bridge the gap between home and away has never been easier,” said Antonio Raimondo, CEO of Easyray. In difficult times like the one the whole world is experiencing right now, technology has shortened distances. It has helped many businesses not to die entirely and has allowed millions of people to work safely. The development of platforms and applications has made everyday life easier and more comfortable.

Easyray was established in 2001 as an independent group that develops applications in ASP, PHP, JAVASCRIPT, C, and C++ and, in 2006, joined the University of Pisa as a highly qualified ICT group that deals with design and digitization. They created the UniPOS system (to archive the results of university exams digitally), which has become the official system of the University of Pisa, Milan, Brescia, and Alma Mater of Bologna. In 2008, Easyray was acquired by the Pisa Research Consortium (CPR) and became the IT department for members (Tuscany Region, Province and Municipality of Pisa, University of Pisa, Sant’Anna School of Advanced Studies, Scuola Normale Superiore, and CNR, etc.). In December 2012, it separated from the CPR, becoming an independent brand. Easyray has continued its collaboration with the University of Pisa and is still working with CPR members on over 40 projects and has a portfolio of over 60 private companies.

“Easyray’s main mission is to make each project a success and collect customer ideas to
enrich them with experience and create exclusive and innovative projects together.”

Easyray comes in contact with different types of customers who gets in touch with them to develop their idea: those with half-finished projects because other developers have not been able to complete them, those who have been told that the project was impossible to develop, and those who they haven’t had an excellent previous experience and so on. The organization welcomes and listens to them. Easyray has always tried to collaborate with them, often with different languages (inevitably) but precisely. Precisely for this reason (often customers do not know much about technological progress), the organization recommends them the best way to realize their idea and make it innovative. Easyray has a very collaborative team which cannot fail to be cooperative with the customer. Overcoming skepticism is not easy, but the organization takes clients by the hand, to open their eyes to a new world.

Easyray can realize any trend, all-round IT services. The team at the organization has diverse skills, just like the diverse clients. The product portfolio of Easyray includes all trends, from recent to present, with an excellent projection to those of the future.

The most developed trends of recent times concern e-commerce systems, home delivery, booking, blockchain technology, and all those in which processes tend to be dematerialized. The organization appliesthe technological trends that will dominate 2020, from mobile applications to web development, from augmented reality to project management, from artificial intelligence to training courses, integrated systems, etc. Automation and streamlining of work times, remote activities, and artificial intelligence will increasingly “replace” man and take hold more in future society. Easyray is ready for all the challenges.

“Easyray’s main mission is to make each project a success and collect customer ideas to enrich them with experience and create exclusive and innovative projects together. One of Easyray’s most common challenges is solving situations that seem impossible to accomplish. Many of those who later became our customers were on the verge of having to give up their ambitious projects due to their previous developers or various problems,” added Raimondo. “For example, a timed messaging app was rejected by other developers as not feasible or the iUTO app, an e-commerce app that previous developers hadn’t been able to continue. iUTO had been presented in China, where it had also aroused a lot of interest from lenders but then stood still for a year. Easyray made it, and it was released in 3 new versions,” concludes Raimondo.

Easyray applies the technological trends that will dominate 2020, such as AI, augmented reality, and big data analysis, exploiting the best technologies available and suitable for specific situations. Above all, the apps at Easyray aims to simplify the work of the customers and replace them so that their business becomes more efficient and faster, making the most of everything that technology makes available to the organization. Easyray’s products aim to “replace” all those steps that would be much longer and more laborious if the man in everyday life made them.

Geographically, Easyray has an excellent market in Europe and Asia, especially in Dubai, London, Budapest, and Bucharest. The organization is implementing programs to enhance its expansion and enter new markets such as the US. Let’s say that Easyray wouldn’t mind being able to conquer the American market at all!

AI is the Pharmaceutical Specialist in Drug Development