Home Micro Blog What Is A Recourse Loan And How Does It Work in Real... 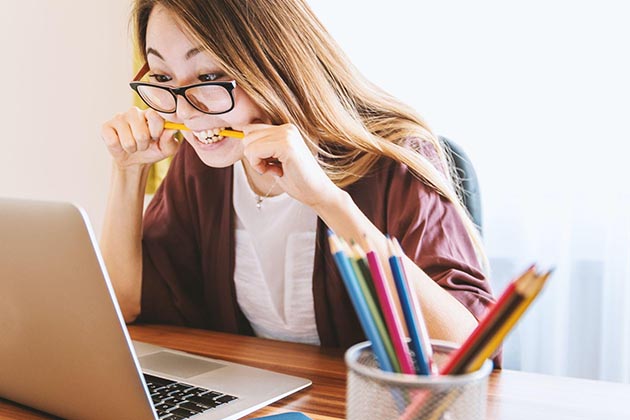 A recourse loan sometimes referred to as recourse debt, is a kind of loan in which the borrower is entirely responsible for any remaining amount. The loans need security. When an asset is put up as collateral, the lender has the option of taking it back and selling it to make up for any losses.

The lender may pursue other assets owned by the borrower to make up the difference between the market value of the asset and the loan balance. Even if the other assets weren’t utilized as loan collateral, this is still true.

For example, if Tom one day felt that “I need 2000 dollars by tomorrow”, and took out a recourse loan for $2000 and put his car up as collateral, then he would be responsible for repaying the entire $2000 no matter what happened to the value of his car. However, if the same $2000 loan was nonrecourse, then the lender could only take back and sell Tom’s car to cover the cost of the loan, even if it was not worth enough to cover the full $2000.

In general, recourse loans are riskier for borrowers because they can lose more than just the collateralized asset if they default on the loan. Borrowers should carefully consider whether they can afford to take on such a risk before signing a loan agreement.

The alternatives open to borrowers when they require finance are many. A secured facility is one kind of loan. Collateral is needed for this kind of loan, which is an asset that the borrower pledges as security. In the event that the borrower fails, the lender has the right to take this asset and sell it to recoup its losses.

A recourse loan is a sort of secured debt that is often included in various loans for real estate and vehicles. They offer lenders more authority since there are fewer restrictions on what assets lenders may seize to recoup loans. In reality, a recourse loan gives the lender the right to take the debtor’s other assets in addition to the collateral. Legal action against the borrower may be taken by the lender as well.

The borrower’s savings, checking, or other bank accounts may be frozen by the lender. They also provide the lender permission to access certain of the borrower’s revenue sources. This may include having their salary garnished. A lender may use the legal process of garnishment to get a court order compelling the borrower’s employer to deduct money from the borrower’s paychecks to pay off the debt.

The contract and conditions of a recourse loan often specify the kinds of assets that a lender may seize in the event that a debtor is unable to make payments as agreed. For instance, a loan with complete recourse enables the lender to seize all assets. In loans with limited recourse, the lender may only go after assets that are expressly mentioned in the contract.

Recourse loans are a subcategory of several financial options. Hard money loans, for instance, would be regarded as recourse loans if they were used to purchase real estate.

In the case of default, the provisions of a hard money loan offer lenders the option to seize the property and sell it for a profit. Lenders could even consent to provide this finance in the hopes of acquiring the home since they think they can sell it for more money if they do so.

Although non-recourse loans are secured financing options as well, they vary fundamentally from recourse loans. The only collateral that may be seized by the lender in the event of a default by the borrower is the collateral used to secure the loan.

Any amount that is left over after the security is sold must thus be written off. Traditional mortgages often use merely the house itself as security for non-recourse lending. Therefore, if a homeowner fails, the lender may take possession of the house but not any of the borrower’s other assets.

Benefits and Drawbacks of Recourse Loans

Other financial institutions could turn down applicants, but hard money lenders might accept them. Due to this, borrowers with a scant or bad credit history may choose to use this kind of loan.

There is a condition for borrowers with leniency in approvals. In the case of a default, the lender could pursue the debtor’s other assets. However, keep in mind that there may be restrictions on the kinds of assets the lender may attach to the loan, which is a good reason to thoroughly read any contract.

A recourse loan lowers the perceived risk that the lender associates with borrowers who are less creditworthy. Some worries that the borrower won’t pay back the loan might be allayed by the possibility that the lender may confiscate property in addition to the original collateral.

Although recourse loans may cost the borrower more than a conventional loan, they offer certain benefits that make them attractive to both borrowers and lenders. For one thing, recourse loans are typically easier to obtain than non-recourse loans. This is because lenders often see them as less of a risk, since the borrower is personally responsible for repaying the loan.

As a result, borrowers who might not otherwise be able to obtain financing can often get the money they need through a recourse loan. Additionally, recourse loans can provide borrowers with flexibility in terms of repayment. If the borrower is unable to repay the full amount of the loan, the lender may agree to restructured repayment terms that better fit the borrower’s budget. This can be a valuable option for borrowers who are facing financial difficulties.

Finally, it’s important to remember that taking out a loan is not a shameful act. In fact, borrowing is quite common, and the total amount of outstanding loans in the United States currently exceeds $11 trillion. So if you’re considering taking out a loan, don’t let concerns about what other people will think to stop you from doing what’s best for your financial needs.

How Lenders Recover Their Funds

Recourse loan providers are permitted to pursue borrowers’ personal and sometimes business bank accounts. Most of the time, they are also permitted to pursue some of the ways a person makes money, such as garnishing their paychecks until the debt is settled. The borrower’s commissions, bonuses, and maybe even their pension or retirement account may all be used by the lender to their financial advantage.

In the business world, a recourse loan is a type of loan that allows the lender to go after the borrower’s other assets if the loan isn’t repaid. In other words, if you take out a recourse loan and can’t repay it, the lender can come after your house, your car, or even your savings account in order to get their money back.

This example shows how this type of loan can be both a blessing and a curse. On one hand, it allows people with limited resources to borrow money for big projects. But on the other hand, it puts borrowers at risk of losing everything if their business venture doesn’t pan out. So before taking out a recourse loan, it’s important to carefully consider both the potential upside and downside of such a decision.