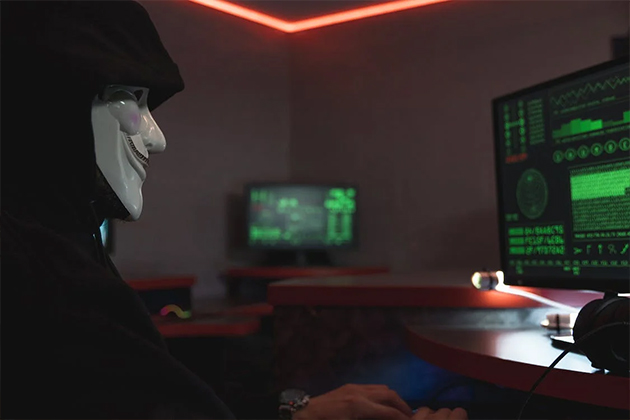 In the modern world, organizations are constantly under attack.

The attacks come in many shapes and forms: phishing emails that trick employees into giving away sensitive information, malware that infects computers and spreads across networks, data breaches that expose customer data to hackers, etc. And these are just the most common threats; there are many more.

As digitalization permeates every sphere of our lives and businesses, these cyber attacks are becoming more frequent, damaging, and costly. In fact, a recent study by IBM found 83% of organizations have suffered more than one data breach, while the global average cost of a data breach is $4.35 million.

The good news is that there are ways your company can safeguard itself against these threats. And one of the most effective ways is by understanding the various types of attacks that your organization faces and implementing mitigation strategies to prevent them from happening.

In this article, we’ll take a look at four common attack vectors and explain how you can mitigate them.

Phishing is a form of social engineering that involves sending fake messages to trick individuals into sharing their personal information. These messages can be sent through email, text messages, or social media. They often appear to come from a trusted source and may include a link or attachment.

The most common types of phishing scams are: job offers from an employer that pays high salaries, offers for discounted products/services from retailers, online payments for bills like utility bills or rent payments, etc.

According to recent figures, there has been a massive increase in phishing attacks, with more than 300,000 occurring in December 2021. This means that there is a risk that your employees may click on a link in an email and compromise your organization’s security.

To safeguard your organization from cyber attacks, you should educate your employees about how to identify phishing emails and what they should do if they receive one. In addition, you can implement systems such as two-factor authentication (2FA) or multi-factor authentication (MFA) to help ensure that only authorized users have access to sensitive information stored in your databases.

Moreover, securing an email cloud is a good solution for organizations that want to protect themselves against threats such as phishing and ransomware. Email security cloud can strengthen your ability to expertly prevent these threats by analyzing all incoming emails for suspicious behavior patterns, then taking action on those deemed dangerous emails.

Malware is one of the many vectors used by hackers to break into systems and steal data. Malware can be anything from a computer virus to a trojan horse, and it can infiltrate a system by being downloaded from an infected website or email attachment or even through a USB drive that was plugged into an infected computer.

Malware has been around for quite a few years, but its use has increased dramatically in recent years as computers have become more interconnected. The number of malware attacks reported each year is staggering: in the first half of 2022, roughly 2.8 billion malware attacks were reported globally.

While this may seem like a lot, it’s actually just the tip of the iceberg – the real number is likely much higher than this because many companies don’t report their attacks due to fear of losing customers or being fined by regulators.

The best way to prevent malware from infecting your company’s computers is through education and training: employees should be taught how to spot potential threats and what they should do if they come across one. They should also be trained on how to avoid accidentally downloading malware onto their devices.

Distributed Denial of Service (DDoS) is one of the attack vectors that can wreak havoc on your organization. It’s a type of attack that floods a network with traffic, making it impossible for users to access the internet and website servers.

In fact, DDoS attacks have become so prevalent that they’re now considered one of the most common threats faced by businesses today. In fact, according to a recent report from Netscout Systems, in the first half of 2022, there were approximately 6,019,888 DDoS attacks worldwide, and that number is expected to grow in the coming years.

The good news is that there are ways to manage your risk and mitigate the impact of these attacks. For example, you can use a cloud-based Web Application Firewall (WAF). This technology scans web traffic entering your website and blocks malicious requests before they reach your server or network.

When it comes to cybersecurity, encryption is a key component. It’s the process of creating an encoded message that can only be unlocked with a specific key. Without properly implemented encryption, an organization’s confidential information could be at risk of being exposed.

The second step is to look at how you’re handling keys and access rights so that only those who need access have it while preventing others from gaining access accidentally through mistakes like misconfigurations or poor training policies.

Cyber attacks are on the rise and are becoming more sophisticated, which means it’s time for organizations to take action.

This article covers four attack vectors that hackers use to infiltrate organizations: email phishing, malware, weak encryption, and DDoS. We’ve also given you some mitigation strategies for each attack vector so you can stay safe from cyber attacks.

If your organization is still using outdated antivirus software or relying on firewalls to protect against cyber attacks, now’s the time to get up-to-date with best practices and make sure your IT infrastructure is secure.

How is Technology Streamlining The Workflow in Modern Times?