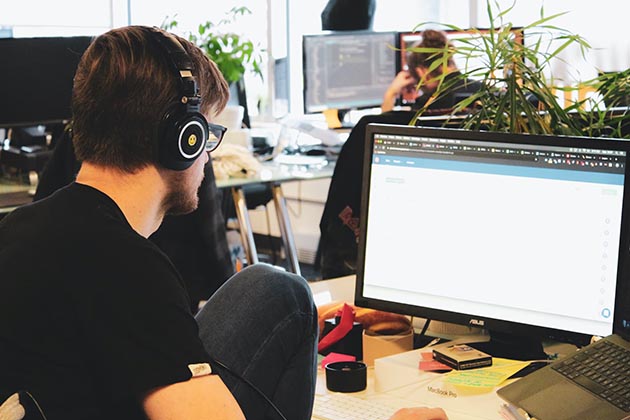 Docker is a technology that lets you run applications in virtual containers. These containers allow you to isolate applications from each other and the underlying environment, ensuring that they can’t interfere with each other or cause unintended changes to the operating system or other software.

Kubernetes is an open-source platform for automating containerized applications’ deployment, scaling, and management. In this guide, we’ll show how Docker and Kubernetes can be used together to build more efficient environments for developers.

Docker and Kubernetes are open source, meaning anyone can use them without paying a fee for the product itself. However, there may still be fees associated with using either tool, depending on which project you choose to take part in. For example, setting up a cluster of virtual machines for running containers. Both tools also have their registries where users can upload their images or share them with others to use later down the road when needed.

Another benefit of using both Docker and Kubernetes together is that they can automatically roll out new versions of your application and roll back to an older version if problems occur. It is a big win for any organization looking to avoid downtime or service disruptions.

Kubernetes provides auto-scaling features that let you deploy new containers when demand increases or scale back when demand decreases. As long as your application follows some basic best practices, this automation will take care of all the heavy lifting for you so that things run smoothly 24/7, even during peak hours.

Kubernetes has built-in self-healing capabilities, making it easier for you to ensure that your compute resources are healthy. For example, if a Docker container crashes or becomes nonfunctional for some reason, Kubernetes will automatically restart it on another node in the cluster.

In addition to managing applications and their components (such as Docker containers), Kubernetes also provides high availability for the system. As long as you have access to at least one active master server in the cluster and most nodes remain available, your Kubernetes system should continue running without any issues. It is because all cluster management activities take place at this level—you don’t need any additional software installed on individual machines they’re running on; rather, everything is handled by one machine within each pod.

Together, these two features allow you to build highly available applications that can withstand spikes in demand while also reducing costs by only running as many servers as are needed at any given time. Kubernetes provides horizontal scaling and load balancing through its replication controllers and services (respectively). Docker can run Kubernetes because it’s designed specifically for containers, which brings us back around full circle.

Docker and Kubernetes share the same underlying technology. As a result, you can use the same resources for both containers and pods. For example, when using Kubelet (the pod manager), your containers will get their network namespace that is isolated from other containers on the same node. They have their IP addresses, so they can communicate over ports or even within one container (if needed).

Additionally, Docker uses Podman to create lightweight runc-based containers similar to those Kubernetes in Pods. You can share different resources between these two technologies by using shared volumes or data volumes on your host machines or through persistent storage on cloud providers like GlusterFS with the help of some plugins such as Kubernetes/kubernauts-volume-plugin.

It brings us to our next benefit, Kubernetes and Docker monitoring tools integrate seamlessly through a feature called DaemonSets. When you run a DaemonSet from Kubernetes, the corresponding container service will automatically be added as an endpoint for Prometheus for easy server discovery. It makes it easy to view metrics about your application running in Docker on a single unified platform.

Using Kubernetes and Docker together allows you to take advantage of all the best features of both tools. Kubernetes is a container cluster manager that helps you deploy, scale, and manage your containers on the cloud or on-premises. Docker is a container engine that lets you build applications in an isolated container.

Kubernetes is more of a platform with many different tools built on top of it, whereas Docker is more like a tool used to build applications inside containers. If you want to do everything with just one tool, then using Kubernetes would make sense for you. However, if your goal is to use containers as part of your development workflow), then Docker might be better suited for this task.

While Docker and Kubernetes are both powerful technologies that work well independently, they’re even better together. By combining containers with Kubernetes, you can drastically simplify your approach to deploying applications in production environments and simplify container management for development teams.

The Role of Artificial Intelligence in Intellectual Property Sector