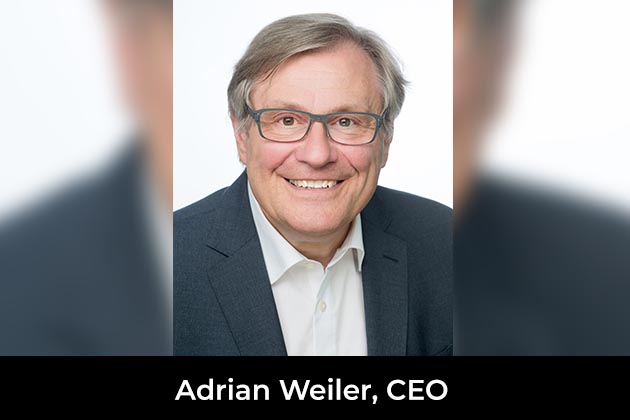 The warning bells are ringing. They are signaling there are risks associated with our failure to act swiftly in addressing our global climate crisis. CEOs have a real mandate in this regard as the risk extends beyond environmental exposures to business and economic consequences. Just ask Exxon Chairman and CEO Darren W. Woods. He may still be reeling from the company’s recent proxy election during which Exxon lost two board seats to a small environmental activist hedge fund, Engine No.1. These seats were won on the two candidates’ vigorous pledge to direct Exxon away from its fossil-fuel model and toward renewable energy; notably against the recommendation of Exxon’s executives. This win for environmental advocacy is especially significant since Exxon has historically rebuked the idea that businesses and humans are driving climate change. There is also a strong Wall Street angle worth noting. Vanguard, BlackRock and Fidelity are among Exxon’s top five shareholders, and all backed the Engine No. 1 candidates. BlackRock, its second-largest shareholder, under the leadership of its CEO Laurence D. Fink, has been calling on businesses to reduce their carbon emissions for some time. Fink and other Wall Street leaders recognize that, now more than ever before, investors are looking very closely at companies’ Environmental, Social and Governance (ESG) policies and making their investment decisions accordingly.

It is not difficult to look ahead and project the consequences corporations will face if they fail to act responsibly to help solve the world’s climate change problem. In addition to directly impacting the composition of their boards and the related loss of control, there is eroding shareholder value, damage to corporate reputations,  loss of customers’ respect, and ultimately, declining sales revenues.  Litigation and court decisions stemming from environmental impacts are also a potential outcome. Shell recently learned this the hard way when a Netherlands court mandated that it achieve a 45% reduction in its CO2 emissions by 2030 compared with its 2019 levels.  The landmark decision, expected to set a precedent, was the first time that a company was legally required to comply with the Paris climate accord.

In another example of litigation prompted by a businesses’ disregard for the environment, a Peruvian farmer, Saul Luciano Lliuya, sued the German energy utility RWE in 2015 over the greenhouse gas emissions from its coal-fired power plants. Lliuya claimed that they were partially to blame for the melting of the Palcaraju glacier in the Peruvian Andes which has raised the flood risk for an estimated 120,000 residents including Lliuya who lives in Huaraz, which lies just below the glacier. Recent research published by University of Washington scientists in Nature Geoscience and backed by the environmental nonprofit, Germanwatch, is believed to support Lliuya’s case.  According to Oxford Sustainable Law Programme’s founding director and professor Thom Wetzer, there are other lawsuits underway seeking to make companies accountable for their emissions’ impact on climate change.

What is important now is that CEOs recognize both their opportunity and responsibility to demonstrate real leadership in transforming their business models to a sustainable one. There are many initiatives underway that are providing guidance in this area.

In the Fall of 2019, a Business Roundtable of 200 CEOs ended with their declaration that the purpose of business is no longer limited to maximizing shareholder profit, but rather to help solve the world’s biggest challenges such as climate change and environmental sustainability. The Smart Freight Centre, a global nonprofit based in Amsterdam, is driving decarbonization of the supply chain, using the Global Logistics Emissions Council (GLEC) framework for measuring a company’s carbon emissions. The GLEC framework is already being applied by many multinational corporations committed to reducing their supply chains’ carbon footprint.

In another example of an industry initiative, the Climate Group, comprised of over 300 multinational businesses in 140 markets worldwide, has set a world goal of net zero carbon emissions by 2050.  Also driving climate action is the We Mean Business Coalition in which some 1,811 companies with a market cap surpassing $24 trillion are currently involved in 2,537 commitments. It is comprised of seven international nonprofits addressing climate change, including BSR, The B Team,  CDP, Ceres, CLG European, Climate Group, and wbcsd.  For its part, the United Nations also recognizes businesses as vital partners in meeting its 17 United Nation (UN) Sustainable Development Goals (SDG) for achieving a more sustainable future by addressing climate change, environmental degradation, and other global challenges.

Despite these and other active initiatives, many CEOs do not consciously recognize their businesses’ impact on the environment. This was evidenced in the 2019 Accenture and the UN Global Compact report titled, The Decade to Deliver: A Call to Business Action.” The report published the sustainability insights of over 1,000 global executives. Based on this input, the conclusion was that we are not acting fast enough and that a stronger call to action was essential. The report was commissioned in response to the 2018 BRC report on an Intergovernmental Panel on Climate Change which set a 2030 deadline for a 50% reduction in emissions in order to prevent the most devastating outcomes of climate change.

According to the Intergovernmental Panel on Climate Change (IPCC), temperatures, which are already rising, are projected to increase 2.5 to 10 degrees Fahrenheit over the next century. There has been a marked loss of sea ice, retreating glaciers, rising sea levels, and warmer ocean temperatures killing off coral reefs.  There have been more droughts, heat waves, wildfires, and  and more intense hurricanes. Recently, we learned of  the world’s largest iceberg’s split from Antarctica. We are already very close to various tipping points, after which the warming will accelerate (e.g., by melting Northern permafrost soil leading to massive methane gas release).

Getting involved with an organized climate change group is an excellent step for all CEOs to take. The guidance provided and the up-to-date information learned is critical if we are to accelerate our efforts and make major strides. Within our own organizations, there are several measures that should be taken, beginning with developing and adopting a comprehensive company-wide climate change/environmental policy incorporating specific mandates, including:

Clearly, there is a path forward to addressing climate change. Talk and ongoing debates about the problem and where blame lies is not productive. Action is needed now. Every small step is meaningful and can collectively lead to major headway in tackling climate change. I urge all CEOs to take a stance and lead their companies toward a more sustainable future.