Home Magazine ENTREPRENEUR VIEWS Prescient: Because A Shelter Is Built of Trust and Technology 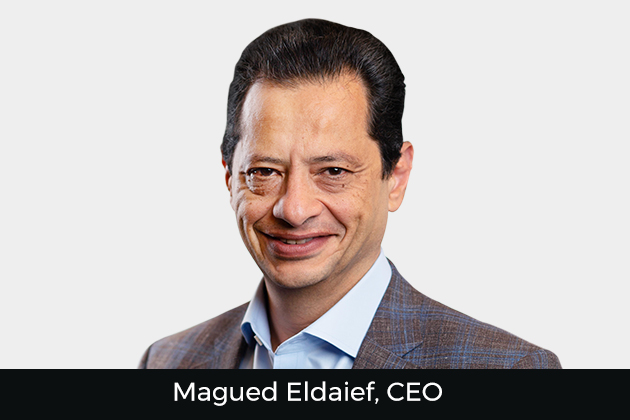 The housing shortage that’s reported daily by the media is a significant challenge around the world. That shortage is driven by several factors, but the lack of innovation and the structure of the housing construction industry is one of the key contributors. Prescient’s founders understood this and leveraged their experience, ingenuity, and the latest software and hardware technology to develop an integrated system that simply enables multi-unit residential projects to be built more efficiently. The software and the hardware system called Digital Thread and Unified Truss Configuration System (UTCS for short) are the foundation for the company and its success.

PRESCIENT’S  TECHNOLOGY“  INITIATIVES SPAN BOTH THE HARDWARE AND SOFTWARE COMPONENTS OF ITS SYSTEM.

The company started building a loyal team since Day 1, who faced and overcame an incredible number of challenges – from customer resistance and skepticism to regulatory hurdles to never-ending resource constraints to challenging technical issues, which all had to be solved to move forward. Some of them were pragmatic problem solvers who were inspired by the company’s vision of “Attainable Housing for All”. What makes Prescient unique is the combination of its ‘Digital Thread’ software and ‘Unified Truss Configuration System (UTCS)’ hardware.

Prescient’s proprietary software system interconnects a project’s components, processes and enables all stakeholders to have timely information to drive faster and cheaper project execution. The company’s projects begin with very accurate and detailed 3D Building Information Modelling (BIM) drawings. This requires more decisions to be made upfront, but results in far fewer surprises and associated greater costs that typically show up later in a project. The Digital Thread also provides a transparent view of a project’s schedule and progress for all project team members. That’s referred to as 4D BIM with Time being the fourth dimension. This supports communication, optimizes the schedule and provides alerts about potential risks. The Digital Thread uses artificial intelligence to analyse the immense amount of data it collects on projects to identify future efficiencies. It allows the company to pinpoint where the focus needs to be to impact time, cost and risk. Finally, the Digital Thread delivers 5D BIM, with the fifth dimension being Cost, by providing project costs and changes to those costs as project requirements or decisions change. Having 3D drawings, along with clear and communicated schedules, together with costs early in a project is a major step

One of the main reasons the company’s Digital Thread is accurate in its 3D representation – with the drawings matching the physical building – in its schedule and its cost estimate is that its UTCS can be manufactured and assembled very precisely. Prescient’s manufacturing plants are driven by the same Digital Thread and produces building components, which are accurate to 1/32nd of an inch. This means that all of the structural components that arrive in the field have been cut precisely, holes are where they’re supposed to be, rough openings are the exact size they were designed to be, and because they use steel, there is no ‘settling in’ period where dimensions shift. Components arrive on-site in a just-in-time fashion to reduce excess inventory on-site. Assembly can be done at rates over 20,000 square feet per week. And the assembly process only requires a crew of 36 installers. This is a huge advantage that the Prescient system delivers within an industry where labour is in such short supply! Finally, given the accuracy of the company’s designs, manufacturing and assembly, Prescient’s projects have little to no waste. The bottom line is that Prescient reduces costs, time and risk for every project it helps build.

Prescient’s approach to developing multi-unit residences is also more environmentally friendly than traditional methods. Their buildings typically weigh 50 to 65 percent less than concrete equivalents, which mean they require significantly less carbon to produce. As mentioned above, the overall approach of digital design and precision manufacturing means the company’s projects experience significantly less waste. Also, the company’s steel is highly recycled, and 98 percent of the water used to produce steel can be filtered and re-used. “While our buildings are designed for over a hundred years life cycle, when they are ultimately torn down, the steel can be recycled and used again. Finally, our steel-framed buildings are energy-efficient throughout their useful lives,” says Magued Eldaief, CEO, Prescient.

Speaking of green initiatives, Prescient is currently being used to build the country’s largest Net Zero housing project. Prescient’s system was chosen for the 1.3 million-square-foot Student Housing project at UC Davis by CBG Building Company. CBG had used it on three previous Student Housing projects and one very large apartment building. They knew that using Prescient would reduce the number of workers they would need to use and more importantly, it would be completed on time.

Prescient’s technology initiatives span both the hardware and software components of its system. The company continues to works on advanced digital solutions which will enhance its end-to-end digital thread for its core platforms. It’s also developing a market-facing portal that offers all project stakeholders the ability to interact real-time using the detailed BIM models to evaluate, design and execute projects faster and cheaper.

Two of the most significant hardware initiatives are becoming certified to build up to 180 feet tall in seismic zones and demonstrating Prescient’s ability to avoid ‘progressive collapse’ situations for military buildings. The seismic certification will open-up significant opportunities in markets like California, Mexico, South America and Asia which are all prone to earthquakes. Prescient is seen to be considerably cost-advantaged to deliver seismic buildings over five stories tall.

The company has been recently approved by the Army Corps of Engineers for its engineered system to be adopted for all military barracks, dorms and hotels on bases around the world as it meets the government’s exacting technical requirements. Prescient is planning to start its first projects this year and expect a significant.

Mobile Phones – A Vital Piece of Evidence in an Investigation Case