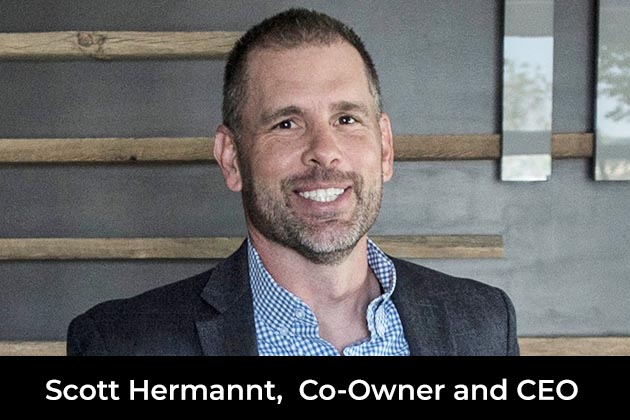 IDIQⓇ CEO Scott Hermann is on a mission to bring identity protection to the masses.

Hermann, who also co-owns IDIQ, has built a company offering superior benefits and a team of U.S.-based experts who offer industry-leading credit report and identity theft monitoring along with the highest level of customer service.

“Consumers regularly have insurance on their house and car, but their identity remains at risk,” he said. “It is far more likely that a consumer will experience identity theft than to have their house burn down.”

Hermann, one of the nation’s leading experts in the credit report monitoring industry, took the helm at IDIQ in 2017 with a passion for protecting the consumer who is at the heart of the industry. He has a vision to better protect and empower consumers through the active delivery of credit and identity data customized for every stage of life.

Founded in 2009 and headquartered in Temecula, California, IDIQ has grown into an industry leader with four consecutive years of triple-digit growth. IdentityIQ services, the flagship brand of IDIQ, is recognized as one of the fastest-growing consumer services in the credit report monitoring and identity theft protection industry. The company also features the MyScorelQ brand for credit report monitoring with FICO® Scores with the value of identity theft protection and the DataBreachIQ brand for data breach planning, monitoring, and response support for businesses.

DURING THIS ESPECIALLY VULNERABLE TIME, CONSUMERS NEED TO BE VIGILANT AND ACTIVELY MONITOR THEIR CREDIT TO HELP PROTECT AGAINST SCAMMERS AND IDENTITY THIEVES.

As the world becomes increasingly digitized, people are more vulnerable to identity theft. This makes credit report monitoring one of the most important things that a consumer can do to protect their identity.

IDIQ gives customers complete protection against identity thieves by using the most innovative tools to protect their customers. The company monitors recent data dumps, scours the internet and dark web, and stays connected with major credit bureaus to identify potential threats against their members in real-time. They monitor for Social Security numbers and other personal information and provide alerts if that information may be at risk.

IDIQ also searches records for both arrests and convictions connected to a member’s name and date of birth, whereas other companies offering similar services only search for convictions.

Hermann said most people are surprised when they learn an identity thief can get an ID, such as a driver’s license, in a stolen name and then use that license when pulled over or even arrested by police.

“One of the most impactful ways a thief abuses your identity is by committing criminal acts in your name,” Hermann said. “When thieves get access to your identity, they use it in ways some of us would never think of.”

Additionally, the company performs enhanced change-of-address notifications. That means not just monitoring the change-of-address requests with the credit reporting agencies, but they also monitor the National Change of Address registry to help make sure clients are informed of changes made to their information.

If a member does experience identity theft, the company provides them with up to $1 million in identity theft insurance, underwritten by insurance giant AIG, as well as U.S.-based specialists to help with identity restoration

assistance. “During this especially vulnerable time, consumers need to be vigilant and actively monitor their credit to help protect against scammers and identity thieves,” Hermann said.

As IDIQ continues to make strides in the industry, Hermann is looking toward the future with an impressive roadmap for up-and-coming brands aimed to continue his mission of educating and protecting consumers and businesses.

Retail Automation is a Necessity Now More Than Ever- Why?

Developing Storage Skills for the Next Data Period