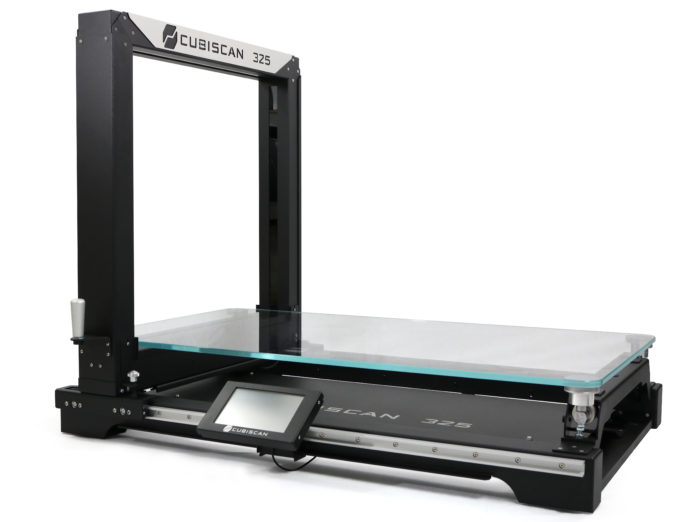 Cubiscan is a high-tech company that produces advanced dimensioning and weighing systems designed to increase efficiency and profitability in material handling, logistics, supply chain and freight handling operations. Despite the relatively small size of the company, it is most certainly a well-known and relevant player in the industries it serves. Providing solutions in the private and public sectors by using technologies such as ultrasound, infrared light, lasers, cameras, and 3D sensors, Cubiscan systems quickly and accurately measure the external dimensions of boxed or irregular-shaped inventory items.

For retailers, Cubiscan systems are tools of efficiency. They are used to capture the cubic dimensions of inventory items in a distribution center in order to optimize storage space, improve pick and re-pack and reduce packaging and shipping costs. On a macro level, this benefits the environment by reducing transport fuel consumption and lowering highway usage, road and vehicle maintenance and carbon emissions.

For freight carriers, Cubiscan products are revenue-generators. They use cube data to compute and apply volume-based shipping charges (as opposed to weight-based tariffs). This is of great value since trucks, trailers and planes rarely run out of weight capacity, but frequently bulk-out. In essence, carriers are selling space (or available cube) rather than weight capacity. Such pricing (referred to as a shipment’s “dimensional weight”) is simply charging for something you’ve already earned but haven’t billed for—a profitable and growing practice since the late 1990s.

The current Chairman of the organization, Clark Skeen, tells of the evolution of Quantronix, Cubiscan’s parent company, and his involvement in the process:

“In 1986, a gentleman who lived here in Farmington, Brad Stringer, began researching the use of ultrasonic technology to automate package measurement. He was influenced by people working for the U.S. Department of Defense (DOD) who needed to optimize available storage space in their supply depots. Collaboration with other engineering graduate students from the University of Utah led to the development of a prototype of the Cubiscan 100—the backbone of our business for nearly 30 years. I had run into Brad at a high school class reunion in 1987 and there spoke with him about his ideas and work. At that time I was employed by a large accounting and consulting firm and was able to provide start-up assistance. Ultimately, in May 1988, I joined Brad when he was laid-off as a software engineer at Evans & Sutherland, and that became the company’s formal start. Brad was the engineer and inventor, and I wrote the business plan, kept the books, and did the marketing and sales.”

The company grew with the addition of a third full-time employee, Brian Smith, in 1989. That same year it secured its first significant contract with the DOD. This contract, which was a primary reason for the founding of the company, lasted approximately a year and allowed for a tripling of the staff. Upon successful completion, Cubiscan was able to commercialize the business, finding demand with private-sector companies for its products.

By the early part of 1990 Cubiscan had successfully completed the DOD project and continued on from there. In succeeding years the company grew by capturing commercial work with a number of large transportation companies (freight carriers in both the US and Canada) as well as a few large retailers. With the experience the DOD project provided, the company was well prepared to capitalize on similar opportunities in the private-sector. Selling cubing systems into distribution applications has always been the mainstay of the business, as the work has been relatively consistent. The transportation industry, by contrast, has been more project-oriented with peaks and valleys.

In 2005 Cubiscan formed a strategic partnership with a German company called AKL-tec. AKL was an early competitor that, with some vision and diplomacy, became a partner with its own admirable strengths. The two share a network of over 25 international distributors. “Even today,” he continued, “after nearly eleven years, our partnership with AKL is summarized on a one-page Memo of Understanding. Of course, our first priority is to “make payroll” and meet our own internal commitments, but a close second is that of being a good partner and making sure our team succeeds. Our mutual accomplishments have served our customers well and brought great professional satisfaction.”

Cubiscan is a net exporter, with roughly 95% of its products being sold outside the state of Utah. In certain years its international exports exceed 20% of gross sales. The company’s products represent “clean” high-tech data-collection technology, used worldwide, to help businesses improve efficiencies and profitability while benefitting the environment. Though its start was challenging and filled with uncertainty, Cubiscan has been able to realize success through dedication to principle and a capable staff.

6 Going Away Gift Ideas For Your Coworker

The Top 7 Data Visualization Software to Use