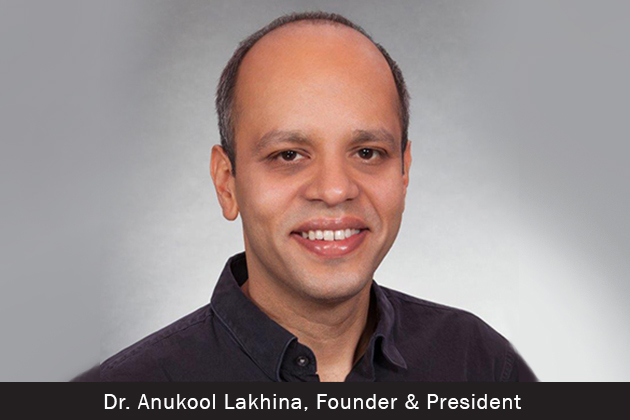 Today, data accumulation is surging at an unimaginable rate. The year 2018 is witnessing an explosion of data rise in storage driven by Artificial Intelligence (AI) and other similar forms such as Machine Learning (ML), etc. Organizations are gearing up to take advantage of this continual data burst as evidenced by the fact that data has become one of the greatest assets for businesses over the past years. In earlier days, enterprises were finding it hard to classify and make sense of such massive data volumes surging at greater velocities and from varied sources. As a result, a tremendous amount of data was left unaccounted and unclassified leading to them becoming obsolete.

While doing his Ph.D project at Sprint Advanced Technology Labs, Anukool Lakhina, President and Founder of Guavus, realized the importance of analyzing data in a timely manner. “The lab had a really audacious idea, some would even call it crazy. The idea was this: what if we could collect every single packet from our network?” recalls Anukool. “Back then, we only had enough storage to collect data for an hour. So, we would turn on the sensors and after collecting an hour’s worth of data we would fill up all the drives and turn the sensor off.”

At that time, it was much cheaper and faster to physically ship the data to a central lab via FedEx than via the backhaul network. Once the data had arrived, the labs would run a bunch of data analysis which would effectively reveal many interesting things about customer demands on the network, security threats, etc. Though interesting, such insights were of limited value to the business and operational teams as most of them were latent and only seen in hindsight. This led to the genesis of Guavus, a real-time big data analytics firm based in San Jose. Since its inception, Guavus’ sole purpose has been to solve the problem of enabling real-time decisions with massive data volumes.

Anukool noticed that a large portion of Sprint’s storage was continuously bombarded with data inflow at a rate that caused much of the data to become obsolete. The thought was to make sense of all the data in real-time and to thereby perform timely analysis of the data. The original idea of Guavus was born and the purpose was to instrument the networks in such a way that enables the collection of all the data from the associated networks efficiently. “This was before there were phrases like big data and AI and data science,” recalls Anukool.

The founding principle of Guavus was based on an ‘Analyze First, Store Later’ model as opposed to the traditional paradigm of centralized store-first analytics which in actuality doesn’t work for large-scale, distributed, real-time analytics. According to the team at Guavus, you need to analyze the data as it’s coming in, and once you can do that you can start pushing out timely decisioning applications for real-time insights and support.

The emergence of AI has bolstered this very purpose as a step forward that goes beyond statistical analytics to arrive at accurate conclusions and predictions. This goes beyond recognizing patterns to machine reasoning, thus putting data into context and enabling the network to predict and prescribe actions. By leveraging ML and AI, businesses can predict the needs of their customers and their systems, automate preventative actions, enable more comprehensive customer support and create personalized offers based on customer behavior and interest.

Guavus is exactly doing the same. The firm’s push is to move beyond ML into AI to emulate human reasoning. On course of this shift, Guavus leverages mathematical models such as algebraic topology, differential geometry, and other areas of mathematics leveraging models and theories used in physics and other branches of science. “At Guavus, our models serve a wide array of business utility ranging from predicting what types of failures devices may have, to what content is of interest to an individual subscriber”, says Anukool. Guavus is using ML and AI algorithms to explore relationships between all different types of human and machine-generated events, and construct models to anticipate what will happen in the future.

Guavus’ Reflex® is a powerful advanced analytics platform that is aimed to address the size and velocity of streaming and business data from the biggest networks. With an “Analyze first, store later” platform, Reflex® involves various steps. Collection and Mediation of the processed data is first performed through querying and analyzing through native platform exploration tools, and via third-party analysis and visualization applications. The machine-generated data is then processed at high volumes for analytic and prescriptive applications through Fusion and Enrichment, after which is left to be correlated and enriched to the present network, user, device and content interactions via Distributed Processing. Powerful correlation and analytic algorithms rapidly identify and quantify patterns across data sets, locations and applications through Data Science and Machine Learning methods and enables closed loop responses based on prescriptive analytics and prospective outcomes.

“Our customers are the largest communication service providers in the world. They use our technology to better understand their customers, anticipate needs and predict what they will want in the future to better serve them. Using advanced algorithms, network operations managers can predict when a network, control system or group of sensors will most likely fail in order to take pre-emptive actions to correct the problem,” says Anukool. Once the predictions are out, actions can be prescribed to avoid potential outages and service interruptions or position new products or offers. For example, in the cable industry, the firm identifies problems deep in the network that extends to its subscribers, which would lead to a large number of support agent interactions. Such cases benefit from Guavus’ AI solutions by dramatically reducing the number of agents and technicians the CSP would have otherwise needed to resolve the issue. “All of our AI-based solutions provide our customers with a distinct advantage over their competition, allowing them to be more proactive versus reactive.” The factor that differentiates Guavus from its peers is its deep affinity in driving concept driven, time-tested scientific disciplines. The firm merges together three different disciplines: computer science, data science, and domain science together to create domain-specific decisioning applications and solutions that bring value quickly for customers.

“Being a pioneer in the big data analytics market, we have a rich technical heritage of solving complex data problems at the most demanding environments in the world,” says an excited Anukool.

Recently acquired by Thales, a leading provider of Industrial IoT, sensor data, control systems and security systems, Guavus is now armed with the advanced analytics that would manage billions of IoT devices located in factories, transportation, aerospace, and in-home automation. Because Guavus goes beyond standard machine learning, it uses advanced algorithms to detect behaviors and patterns that have never been seen before and, more importantly, cannot be transformed into known events which are key for discovering advanced threats. Not settling on its past laurels, the firm is all set to further its reach into the Industrial IoT, leveraging the years of expertise of both Thales and Guavus.

30 years of Service Management – how far have we come?