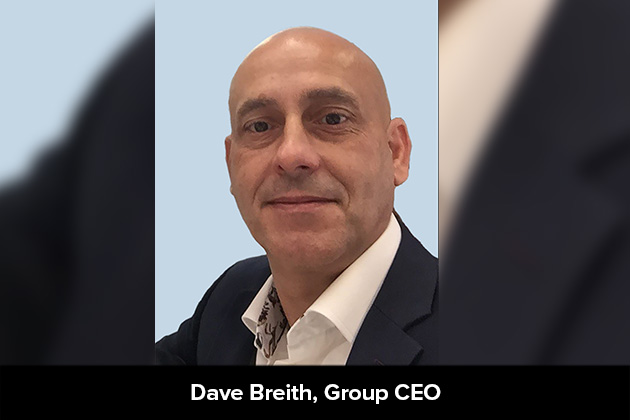 Currently, there are disparate traditional fire extinguishing solutions which may lead to high consumption of time without knowing the actual challenge to be addressed. This leads to time wasting which may lead to detrimental results especially considering an emergency scenario, and a critical sector such as the fire extinguishing sector. Enter Firexo, the brainchild of serial entrepreneur Dave Breith. When Firexo entered the Fire Safety market in 2018, the idea of a single solution that would have the characteristics to extinguish ALL fires was arguably non-existent. It was Firexo which came with the revolution of firefighting with a single game-changing liquid that would extinguish ALL types of fires without re-ignition.

The Struggle and the Change

For Dave and his team, the requirement for a single solution was clear and the potential safety benefits mattered immensely. However according to Dave, the making of the solution was itself a little complex! “The last few years of our journey, much like everyone else’s, has been a rollercoaster. The overarching tone of our progress however, has been exciting, fast-paced, and highly educational. With the world of business changing dramatically in recent years, Firexo are proud to say that we have remained positive and hugely versatile whilst achieving countless objectives and staying true to our core values”.

The core aspect that has led to the making of ALL FIRES is the culture of Innovation imbibed strongly within the ﬁrm.

Since its inception in 2018, Firexo has fast forwarded to firmly establish its mission statement, which is “To protect people, belongings, property and emotional wellbeing from the effects of fire”, which is now a working reality in the firm. The fact that the Firexo works closely with globally recognized accreditation bodies to ensure full compliance with the highest possible safety standards, is itself a testimony of its commitment to continued research and development. With various sustainability regulations and concerns spurring up, the need to explore alternative methods are on the rise. Firexo has been at the core of these developments and is immensely confident about its technological and chemical prowess and innovations happening within. From the words of Dave, all the advances and breakthroughs that the firm is conducting, has lead to the wide-spread adoption of the Firexo and its solutions, offering consumers and businesses across the globe an all-round cleaner, safer alternative “It has been hugely important to Firexo from day one to ensure that our products are as sustainable and Environmentally Friendly as possible, says Dave.

The fundamental change Firexo is bringing to its users over other solutions in the marketplace is about eliminating that ambiguity of using the solution itself. Unlike other disparate solutions, Firexo’s ALL FIRES extinguishant denoting ‘everyone and anyone’ offers the user a fast, confusion free option in case of a fire emergency, buying valuable time to prevent damage or more importantly to enable safe evacuation. As a result, users can feel safe in the knowledge that their property, personal health, and possessions will not be damaged when deploying a Firexo extinguisher. On the matter of safety, Dave points that building trust and recognition is imperative when designing a revolutionary product that has been unheard of until its implementation in the market. “Our aim is to keep as many people and places as safe as we can, and at Firexo we are in the very privileged position of having a very strong intellectual property that has enabled us to focus of reaching out to both industry and end consumers alike”, says Dave.

The core aspect that has led to the making of ALL FIRES is the culture of Innovation imbibed strongly within the firm. For Dave and his team, Innovation lies at the heart of Firexo as an organization. From an ambitious initial concept and unique product formulation, all the way to reaching retail shelves and protecting buildings daily, Firexo has set out to do something that has never been done before. According to Dave, everyone from industry professionals to homeowners have referred to this product as a game changer, and with our innovative and flexible approach to working. “We believe that we can continue to uphold our reputation as one of the biggest innovators in a marketplace that has remained largely unchanged for 50 years”, he says.

The ﬁrm is also lending its focus on exploring possibilities of a solid and reliable solution to an ever-growing Lithium-Ion risk.

The cardinal differentiator that makes Firexo standout from its competitors is in the fact that it stood its ground to innovate in a marketplace that is constantly changing, and in the context of Fire extinguishers, the fire risks too have altered in nature and in ferocity. Firexo having managed to stay versatile and informed amid the ever-changing landscape has only empowered the firm to remain well-prepared and confident about its all-in-one universal approach. Due to this very sheer nature of innovation, Firexo has seamlessly cut through the buyers and has on any occasion rarely needed to directly pitch the product to any of its clients. According to Dave, “We operate in a sceptical world where seeing is believing, and by us simply sharing information, video footage and communicating details of what we offer to customers to feel secure and safe when purchasing Firexo is helping us grow fast.

Firexo has also developed a specialist product called fx73, a wildfire extinguishant specifically engineered to tackle fires by not only extinguishing but also creating a barrier with excellent retardant and fertilizing capabilities that help bring the soil back to its natural state. Dave believes the fx73 will be a game changer in the wildlife arena with raging wildfires bringing devastation to so countless lives across the globe.

The firm is also lending its focus on exploring possibilities of a solid and reliable solution to an ever-growing Lithium-Ion risk. Firexo has recently carried out testing at an ISO-17025 accredited purpose-built testing facility in Sweden. The test involved a highly effective solution that countered thermal propagation and runaway, and no re-ignition which garnered the attention of the industry peers and professionals. By such intents, the firm continues to build on its focus towards R&D by heavily investing in it to stay as far ahead of the curve as possible.

Firexo is riding high on its determined approach of “Intelligent Innovation partnered with a can-do attitude and ‘roll your sleeves up’ which in fact led to its inception. As Dave exclaims, “A strong work ethic and commitment to quality runs deep throughout the team and is set to see Firexo’s continued growth and expansion soar into its 5th year and far beyond.”

Business Management Tips: How To Properly Organize Your Database