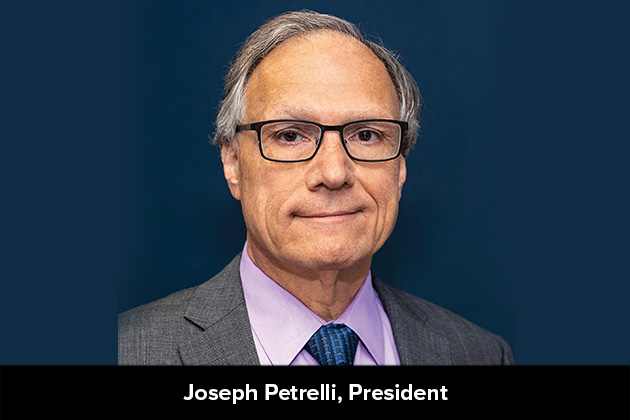 Demotech’s mission is to level the playing field for insurers that are unrated or under-rated by others.

Everyone needs insurance to protect their property, health, vehicles, etc. Insurers offer risk management in the form of insurance contracts. The basic concept of insurance is that one party, the insurer, will guarantee payment for an uncertain future event. But how do you find the finest insurance company?

Rating agencies can inform you if an insurance firm is financially solid and a good choice for you. The CEOViews team was with Joseph Petrelli, President of Demotech, an established insurer rating agency operating out of Dublin, Ohio.

The inception of the company

They developed a process to rate these insurers. Demotech focused on execution of business models and the quantity and quality of reinsurance. After due diligence by Fannie, Freddie, and their consultants, Financial Stability Ratings® (FSRs) of A or better were accepted. Unknown to Demotech then, a representative of a rating agency had advised Fannie Mae’s Anita Champ that rating these insurers was “impossible.” Yet, subsequent to Demotech’s acceptance, this agency advised Ms. Champ that they would rate these insurers. They asked Ms. Champ to decertify Demotech, but the request was not honored.

Demotech’s mission is to level the playing field for insurers that are unrated or under-rated by others. Some rating agencies identify insurers by size. Demotech focuses on execution of company’s business plan and how the quality and quantity of reinsurance complements the business model.

Demotech publishes expected insurer survival rates at eighteen months subsequent to the date of the rating assignment. In 1989, other ratings were characterized by qualitative descriptions, i.e., strong, very strong, less than strong, etc. Management at Demotech thought users of ratings needed quantitative indications to evaluate the opinions available to them. Further, their opinions would have a baseline for evaluation.

As to how Demotech has fared, they have compared actual survival rates to those expected since 1989. They also retained two PhDs with decades of insurance expertise, including thirty years at the National Association of Insurance Commissioners, to calculate their survival rates. Their initial report reviewed more than 40,000 ratings. They exceeded Demotech’s published survival rates over the entire period reviewed.

The authors of the study characterized their analysis as unique and unprecedented. They forwarded the report to each department of insurance. An update is underway.

What went wrong in Louisiana and Florida

Speaking about the recent failure of insurers in Louisiana and Florida and how Demotech is going to fare in the update, Joseph said: The Louisiana and Florida situations are unique. Permit me to bifurcate this response. In Louisiana, there was a 54-week period, from summer 2020 to summer 2021, when six named events made landfall. The events ranged from a tropical storm to a category-four hurricane. Despite this onslaught by Mother Nature, the catastrophe reinsurance programs, vertical and horizontal, purchased to meet or exceed Demotech’s minimum requirements were tested.

“Yet, when Hurricane Ida struck weeks after these six events, several insurers that utilized a particular modeler failed. Most carriers using a competitor’s model survived. As the dollar amount of reinsurance implied by a level of probable maximum loss, PML is dependent on carrier data and assumptions of the model, under-estimates of the amount of reinsurance necessary occurred with Ida.”

“Over our three decades of reviewing reinsurance, this had never occurred. Whether the path of Hurricane Ida, the carrier data analysed, or the assumptions underlying the reinsurance estimate, the result was an isolated instance of underestimation of PML for one event by a particular catastrophe model.”

“In Florida, insolvencies are man-made. The background provided was excerpted from communications from the State of Florida Office of Insurance Regulation, FLOIR, public financial information submitted to FLOIR, or other public sources.”

“Having reviewed residential property insurers in Florida since 1996, when invited to assist Florida because other rating agencies were unwilling to do so, I can report that through year-end 2016, the insurers that we review had made a cumulative profit despite dozens of storms making landfall between 1996 and 2016. However, in late 2016 and 2017, judicial decisions necessitated revisions to claims procedures. The changes transitioned the settlement of Florida’s claims from the national norm to processes unique to Florida. The Johnson, Sebo, and Joyce cases, one-way attorney fees, and the fee multiplier contributed to a level of disparate litigation that necessitated revisions to insurer business models.”

“Independent third-party consultants have assessed the disparate litigation. They found that tech-enabled marketing, i.e., search engine optimization, data analytics, and artificial intelligence, was utilized to solicit individuals and encourage them to file claims. Web-based marketing supplemented billboards, media advertising, and door-knocking. Furthermore, preliminary analysis implied carriers may have been targeted. These observations may explain how 8% of unresolved Homeowners claims account for 80% of Homeowners’ litigation.”

“In summary, carriers with small slices of Florida’s Homeowners’ market face litigation levels comparable to the aggregate levels of litigation in entire jurisdictions. When disproportionate levels of litigation are the result of the identification and leveraging of weaknesses, opportunists have harnessed technology to destroy carriers by identifying policyholders to initiate claims and litigate carriers. Coupled with the increased cost and decreased availability of reinsurance, the situation results in carrier failures. The volume of claims emanating from Hurricane Ian, 600,000 and counting, may exacerbate litigation levels.”

Recently, Demotech registered as a nationally recognized statistical rating organization, NRSRO, with the Securities and Exchange Commission Office of Credit Ratings. Speaking about what it means for the organization, Joseph said, “On July 11, 2022, Demotech received an order registering us as an NRSRO in the category of insurance companies. Demotech is the tenth NRSRO. The nine others include A. M. Best, Fitch, Moody’s, and Standard & Poor’s. We retain our focus on business models, execution of the business models, and evaluating how the quality and quantity of reinsurance impact the insurer’s business model.”

WAF vs. IPS: Comparison and Differences