Home Technology Block Chain Blockchain Technology: What It Is And Its Real World Applications 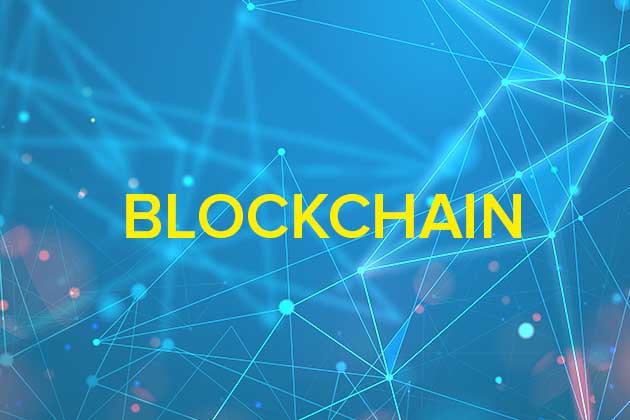 Since the dawn of the internet, issues of community and security have been central to both the rise of the digital age and the difficulties of finding a secure space inside it.

Today’s tech titans continue to fight with the open notion of the internet, while also attempting to secure it with certain securities. Passwords, questions, and other prompts are tried and true methods for keeping the internet safe in an ever-growing population. Blockchain technology may very well hold the key to resolving issues of safety and security online.

What is Blockchain Technology?

At its foundation, a blockchain is a collection of computers, or “nodes,” that collectively form a network of transactions or digital ledger. As new transactions – blocks – are created, the ledger is updated, and all nodes immediately acquire the updated ledger and utilise heavy-duty power connections and power supplies.

It is like a database that is maintained and expanded by several users, each of whom has access to the most recent, most up-to-date version. However, the critical aspect of the blockchain concept is that the ledger is not maintained by a single person or in a single location. Rather than that, it is shared and maintained throughout the network’s many nodes.

Initially, blockchain technology was developed to manage Bitcoin-based digital money transactions. As previously stated, the ledger for these transactions was not maintained in a data centre or central repository, as a bank would.

The system does not keep track of the actual balance, but rather records the current transaction and all previous ones.

Firstly, the majority of modern financial transactions, this one is public and conducted through a single, shared ledger.

Second, there is no single point of contact or mediator. Before a transaction is added to or finalised in the system, it is validated by all of the nodes involved.

Finally, no middleman is involved in the paperless transaction. Nothing will be lost in translation, and no signature page will become trapped between the wall and the copy machine. The exchange is swift, efficient, and open to the public, and it benefits manufacturers of commodity items such as plastic bags.

At its most fundamental level, the blockchain is a global spreadsheet — an incorruptible digital database of economic transactions that can be designed to record nearly anything of value or significance to humanity. This includes birth and death certificates, marriage licences, and degrees or diplomas, as well as medical records or treatments, insurance claims, and even votes. Essentially, if information can be transmitted via code, it can be transmitted via blockchain.

How Safe Is Blockchain Technology?

Examining the blockchain’s inner workings uncovers the intricacies of its security apparatus. For instance, in order to initiate the transfer of Bitcoins, the owner of Bitcoins must hold a wallet that is accessible only to the owner. That wallet has both a private and public key, which are both encrypted.

In essence, the public key is the blockchain address. The private key is what enables the owner to reclaim the assets, whether they are Bitcoin or not. As a result, when a transfer is initiated, the network nodes validate it by decrypting the public key, not the private one. Without a centralised verification system, the blockchain’s method of broadcasting transactions across a network of nodes basically implies that the proof is everywhere. This effectively renders fabricating or exploiting data a fool’s errand.

By constantly and publicly updating the requests, the blockchain establishes a widely accepted level of validity for each transaction and works well for minor purchases of fastening nuts and screws. Blockchain technology has been proven to be reliable and safe. According to Reports and Data, the global blockchain technology market size was USD 3 billion in 2020 and is expected to register a 66% CAGR over 2021-2028.

This has far-reaching effects. Eliminating identity theft, preventing mass hacks, and safeguarding sensitive or proprietary data have proven to be difficult obstacles to overcome as criminals and those seeking to do digital harm become more adept and aggressive in their approaches.

Numerous recognised business executives recognise the undeniable value of this ground-breaking approach to digital security. While blockchain technology is not a panacea, it can help create more secure and reliable data systems by eliminating single data vaults and propagating irrefutable public records. This can help prevent widespread abuse of manufacturing companies in the titanium, aluminium, stainless steel, and nickel industries.

Applications in the Real World

As previously stated, blockchain was designed to ensure the integrity of Bitcoin transactions, but the concept’s application possibilities are limitless. Numerous start-ups are investigating how the blockchain might be used to improve or revolutionise current norms and processes.

One such organisation is experimenting with the blockchain concept for cloud-based storage. This enables customers to improve the security of their data by avoiding the single storage approach used by today’s suppliers. Additionally, it enables customers to rent out unused space or storage that they are not using.

Both IT titans and governments are involved in the blockchain revolution. Microsoft is constantly seeking partnerships with technology-focused groups. Delaware is the first state in the United States to capitalise on these opportunities, with the goal of increasing efficiency for businesses established inside its borders in areas such as aluminium extrusion, chillers, and pneumatic conveyors.

Even Wal-Mart, the world’s largest retailer, is exploring potential applications in a cooperation with IBM. Together, they want to improve food safety by monitoring the food life-cycle from beginning to conclusion.

While that list is remarkable, many say it merely touches the surface. For some, the blockchain could very well represent the internet’s next evolution. Blockchain technology is not simply a more efficient method of settling securities; it will fundamentally alter market structures – and perhaps even the internet’s design.

All of these are objectives in the pursuit of a more community-driven and less corruptible mode of communication and commerce. Numerous previous generations have sought the optimal balance in attaining these goals of establishing a more hospitable society.

However, maybe more than at any point in history, the future is veiled in doubt. Nobody genuinely understands what the world will be like in ten, twenty, or fifty years. Regrettably, this frequently leads a large number of people to fear it will be plagued with suspicion, turbulence, and madness. As our world evolves, so do the advances that enable us to confront those anxieties. And with technology like the blockchain reshaping the way we communicate, the future may very well be quite bright.

Paroma Bhattacharya has dabbled in the realm of content production for over half a decade and possesses extensive experience in penning down pieces related to healthcare, technology, banking, and a wide range of other industry verticals. Her articles focus primarily on balancing relevant data while never neglecting to make the material engaging. She believes in providing objective facts to help people make important business decisions

How to get a Job in COVID-19 Pandemic?