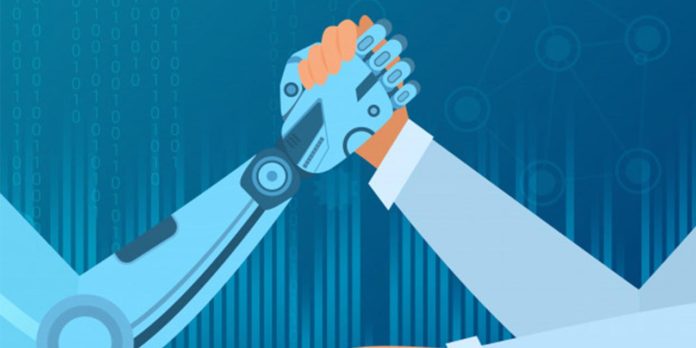 AI has come quite a ways from being a part of science fiction to reality. Today, we have a host of smart machines, including self-driving vehicles, smart virtual assistants, chatbots, and surgical robots. AI has become a popular technology in today’s business and a part of the common man’s everyday life. So, Artificial Intelligence vs. Human Intelligence has caused a debate.

Perhaps the most significant concern is that in a few years, AI will “replace” people and outsmart them. However, it is not absolutely real. While AI is highly advanced, AI cannot work optimally without relying on innate human qualities, such as human intuition. Now machines can learn from experience and make smart decisions.

Now, to grasp their peculiarities and relationships, let’s dive deeper into the Artificial Intelligence vs. Human Intelligence controversy.

What is Artificial Intelligence?

AI is a Data Science division that focuses on the smart machine’s development capable of performing many tasks that typically involve human intelligence and cognition. These intelligent machines are imbued with learning, observing their surrounding environments. It carries out the necessary behavior from experience and historical evidence. AI is an interdisciplinary science that leverages principles and methods from different disciplines, like computer science, psychology, mathematics, and neuroscience.

What is Human Intelligence?

Human Intelligence refers to human beings’ intellectual capacity that enables us to think and learn from various experiences. It also helps in applying logic and reason, solving mathematical problems, recognizing patterns, retaining knowledge, and interacting with fellow human beings. What makes human intelligence special is that it is supported by abstract emotions that allow people to perform complex cognitive tasks.

Human Intelligence attempts to adapt by using a combination of multiple cognitive processes to new situations. AI seeks to create machines that can imitate human behavior and perform human-like acts. It is similar to the human brain, but machines are digital.

Humans use the processing power, memory, and brain capacity to think, while AI-powered machines rely on data fed into the system and precise instructions.

Everything about learning from different events and past experiences is Human Intelligence. It is about learning from mistakes made in one’s life through a trial-and-error approach. At the center of Human Intelligence lies rational thinking and intelligent behavior. However, in this regard, Artificial Intelligence falls behind: machines do not think. They can learn through data and continuous training, but they can never accomplish the human-specific thinking process. AI-powered systems can perform basic tasks very well. But a completely different set of functions for a new application area can take years for them to learn.

What AI can’t do without – The “Human” Factor

The argument about Artificial Intelligence vs. Human Intelligence is not fair. AI has helped build smart machines that, in some ways, can outperform humans. They still have to go a very long way to reach the capacity of the human brain. Although AI systems are outlined and trained to emulate and simulate human actions, they cannot make reasonable decisions like humans.

AI systems’ decision-making capacity is focused on events, the data on which they are trained, and how they are linked to a specific event. The notion of “cause and effect” cannot be comprehended by AI machines simply because they lack common sense.

Humans possess the remarkable capacity to learn and apply their gained knowledge in combination with logic, reasoning, and comprehension. A holistic, logical, realistic, and emotional approach that is unique to humans includes real-world scenarios.

AI is still evolving and progressing. The time needed to train AI systems is considerably high, which without human intervention is not feasible. They all rely on human intelligence, whether it is autonomous cars and robots or advanced technology like NLP and image processing.

Currently, automation is the leading AI technology that is increasingly entering the industry. In a report, AI is expected to displace 75 million jobs worldwide by 2022 while also generate 133 million new jobs. The new job profiles include specialized skills in Data Science, like mathematics & Statistics, and ML algorithms. The skills also include data mining, programming skills, data wrangling, software engineering, and data visualization.

Today, businesses that use Big Data and Data Science technology are trained professionals like ML Engineers, Data Scientists, Data Engineers, etc. It is the domain awareness and scalable skillset of such professionals that generate value from Big Data.

AI is an invaluable tool that shapes the market, and automation, combined with smart workflow, will soon be the standard in all industries. And although AI has mastered intellectual actions very well, it is unable to imitate the reasoning process of a person.

Since scientists and researchers still do not know the mystery behind the mechanism of human thinking, it is unlikely that any time soon we can build computers that can “think” like humans. To conclude, AI’s future will be governed primarily by human skills. Human intelligence and cognition will accompany this.

What Kind Of Technology Does The Military Use And Why