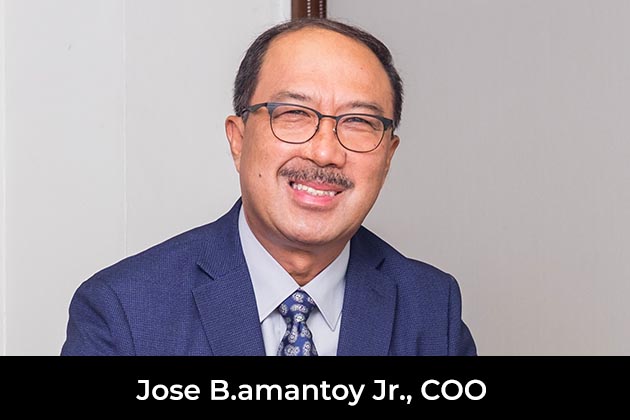 ACM Landholdings, Inc. is a premium affordable homes developer. Its humble beginnings can be traced back to 1992 when it was founded by three equally empowered women with a shared mission to provide affordable homes to the underserved Filipinos. Both based abroad, Ms. Antonette de Guzman was Regional Director at The Elders Finance Group In Hongkong and Ms. Carol Osteria was an Investment banker at Chemical Bank In New York when they decided to return to the Philippines to get started on their mission to help in solving the Philippines’ problem by building more shelter for people and lifting the standards of housing development. The two teamed up with Ms. Mia Gentugaya, colned the Initials of their first names, and embarked on the ACM Journey. With the vast potential of the business, ACM partnered with Inter-China Group, Dragon Housing Holdings, and Dragon Investments in 2003 and 2008. Philippine Transmarine Carriers, Inc. (PTC Group) also Joined ACM’s Journey, later becoming Its major shareholder. For 29 years, ACM Homes has built more than 30 projects and constructed more than 14,000 homes in Luzon and Visayas regions. With nearly three decades of experience in the business, ACM has worked Its way into becoming a major player in the economic and affordable housing segments garnering various awards and recognitions over the years. Recent awards include the Asia Pacific Enterprise Awards’ Corporate Excellence and Inspirational Brand categories in 2020.

To gain Its reputed position in this aggressive and competitive market ACM had to face several challenges to thwart and thrive based on two approaches. 1) Unique Positioning-Major players in vertical development in the Philippines discovered the opportunities and potentials of horizontal housing and started to branch out to this development segment. To address these challenges, ACM needed a unique positioning to be recognized and differentiate itself from competitors. ACM endeavored to be labeled as a developer of premium affordable residential housing, the kind of brand positioning that is a take-off from the premium economy of the airline Industry.2) Value Proposition-ACM placed itself in unique positioning as the Company competes based on enduring values and end-to-end customer engagement. Homebuyers enjoy appreciation of the value of their Investment and hard-earned money where such value appreciation can be passed on to the next generation.

ACM deals with homebuyers with honest, open, and transparent end-to-end engagement. This ACM brand of customer service strikes the right note to the buyers and homeowners that ensues brand loyalty and positive promoter feedback.

For the last 29 years, ACM has established an image of reliability having delivered more than 14 thousand quality homes. ACM mainly banks on the recommendation and positive feedback from its highly satisfied homebuyers to drive growing sales. Since trust is the most important commodity in this business, it is, therefore, a must that a developer maintains an untarnished Image in terms of delivering products and committed services in exchange for the hard-earned money of the homebuyers.

ACM veered away from the typical celebrity endorsement-driven marketing approach and, instead, focus on creating programs that extend essential benefits to both sellers and buyers,” says Jose B. Amantoy Jr., COO, ACM Landholdings Inc.

The change in the business landscape brought about by the COVID-19 pandemic has necessitated ACM to adapt Innovative market approaches to conform to the new normal. The restricted movement of the population has limited the reach of the conventional marketing approach thereby requiring a different way of tapping opportunities. Despite buyers’ hesitancy, the market offers resilient opportunities that demand the maximum use of digital assets and tools to capture them. In line with this, ACM has gone live with a customized user-friendly online platform that allows both prospective buyers and sellers to experience personalized engagement and where all inquiries about the projects and the products are given clarity. “ACM veered away from the typical celebrity endorsement-driven marketing approach and, instead, focus on creating programs that extend essential benefits to both sellers and buyers,” says Jose B.Amantoy Jr., COO, ACM Landholdings Inc.

Salas Real, a pocket development of ACM Homes In the economically progressive Iloilo City, has established an Image of prestige, quality, and value. This project objectively provided the local market a reasonable venture for Investment and primary residential acquisition. In Luzon, ACM Introduced Richwood Townhomes, a clustered housing development. The project design is anchored upon the intent of providing a completely functional but affordable residential entity. The market welcomed the project as an excellent value-for-money housing product. These two projects received awards from various recognizing bodies thus further enhancing the brand image of ACM as a developer that does not only build houses and construct communities but also forge values-oriented families and create a human-centered living environment.

ACM’s strategic alliance with its parent company has catalyzed the penetration of ACM In the Filipino seafarers’ market-a strong segment of the Overseas Filipino Workers (OFWs). On the other hand, the partnership allowed PTC to pursue its advocacy of educating and Influencing Filipino maritime professionals to invest their incomes on durable assets particularly residential properties. ACM has established an affiliation with LAMUDI that allowed using the latter’s platform to expose ACM’s products to the local and international markets. This affiliation has resulted in valuable market leads and successful sales conversions. For the last three years, LAMUDI has recognized ACM as one of the quality developers of economic and affordable housing in the country. ACM’s partnership with Finlay Development Corporation, a general construction company, and an affiliate, allowed ACM to be nimble in pursuing Its Innovation Initiatives. In the residential development business, the relationship between the developer and contractor is essential in collaboration in terms of design Innovation and adoption of construction technologies for effective and efficient execution.

ACM possesses the distinct attributes that separate it from the competition, ACM’s corporate values which are conjoined with its business model serve as the driving factors in molding the corporate culture that produces a high-morale and highly motivated workforce. ACM maintains a core belief of being a “developer with a soul” by consistently adhering to the vision of creating a lifetime of pride and joy for Filipinos by helping them realize their dreams of owning a home.

ACM aims to be among the top 3 affordable housing developers in the country in the next ten years. ACM is gearing up for a public listing in 2025 or 2026. In order to meet these goals, the Company has thoroughly crafted in the medium to long-term, strategies encompassing its products and customers, internal process and automation, and organizational capabilities. Target 5-year CAGR for revenues and net income are on the high double-digit percentages. The Company will continue to pursue innovation by employing the latest cutting-edge construction technologies and methodologies and by designing its products that are compliant with environmental standards, to bring about enduring value to customers. ACM is with high hopes that in five to ten years, it will be one of the most recognized and preferred housing brands in the country.